When looking back at specific seasons, sometimes specific plays, or players, trigger the process. That is the case with this review.
Thinking about the 1971 season, I immediately go to the All-Star Game in Detroit, and the mammoth, titanic laser blast that Reggie Jackson hit off of Dock Ellis, the one that hit the light tower above the right field stands.

Six future Hall of Famers would homer in the game, which the AL won by a score of 6-4. Apart from Reggie, there was Frank Robinson, Johnny Bench, Roberto Clemente, Hank Aaron and Harmon Killebrew. For the record, before the All-Star Game 'meant something', it was the only AL victory in twenty games.
The season saw Vida Blue and Mickey Lolich both strikeout over 300 batters, saw Harmon Killebrew and Frank Robinson both join the 500 home run club and saw Roberto Clemente in his final World Series appearance.

https://www.youtube.com/watch?v=kjuphRH_T58
(take a look at the throw he unleashed on Merv Rettenmund trying to advance on a flyout. It's about 20 seconds in. They didn't run on his arm the rest of the Series...

The Baltimore Orioles had four starting pitchers that each won 20 games or more. In fact, fourteen pitchers won at least 20 games that year. Three pitchers had an ERA under 2.00. This just two years after the mound was lowered to help boost the offense.
The pitching, on the whole, appears to have been a little better in the AL than in the NL. There were four pitchers that logged more than 300 innings in 1971, only one was in the National League.

Oakland finally lived up to their potential, winning 101 games for the first time in forty years. They went up against the vaunted Orioles pitching staff in the American League Championship Series. Both teams had amassed 101 wins, but the Orioles got the three additional wins in a sweep, to advance to the World Series.
There, they played the Pittsburgh Pirates, who had edged out the Bobby Bonds led San Francisco Giants in the National League Championship Series, three games to one.
Let's look at the Power Rankings for 1971:

The top two teams from each league made the Series, so statistically speaking, everything was fine. The Giants finished a game ahead of the Dodgers.
One or two random items to throw in here. One is a curiosity in that pitcher Gary Peters of the Red Sox hit 2 home runs as a pinch hitter during the season.
The other seemed to be minor at the time, but with historical hindsight, may have been a bigger deal that first thought.
The Cleveland Indians suffered through one of the worst seasons in their storied history. Turmoil seemed to be the name of the game in the front office. At one point, manager Alvin Dark was put in place as the team's General Manager as well, having input and final say on all personnel moves.
In March of 1971, the Indians signed four players to a contract that was loaded with incentive bonuses, which at the time, was strictly forbidden in the league. This took place in the off-season after Curt Flood's case made it to the Supreme Court, trying to break the 'reserve clause' in big league contracts. In short, when you signed a contract with a team, you were their property. Period. No Free Agency. No negotiating rights. You were at the mercy of the owners. If they felt like you didn't deserve a raise in pay based on your performance, you didn't get one. In fact, you may even get a pay cut.
(For those unfamiliar with the Curt Flood case, here's a quick recap. He was under contract to the Cardinals, who then traded him to the Philadelphia Phillies in a multi-player deal. Flood refused to go to Philadelphia. He was not happy with the Phillies, the playing facilities and the fan base, who were notoriously difficult.
He sent this letter to Commissioner Bowie Kuhn:
“December 24, 1969

After twelve years in the major leagues, I do not feel I am a piece of property to be bought and sold irrespective of my wishes. I believe that any system which produces that result violates my basic rights as a citizen and is inconsistent with the laws of the United States and of the several States.
It is my desire to play baseball in 1970, and I am capable of playing. I have received a contract offer from the Philadelphia club, but I believe I have the right to consider offers from other clubs before making any decision. I, therefore, request that you make known to all Major League clubs my feelings in this matter, and advise them of my availability for the 1970 season.”
Kuhn denied his request, and the lawsuits was initiated with the help of Marvin Miller and the Players' Association. The argument reached the U.S. Supreme Court, which ruled against Curt Flood, but the groundwork was laid for the Free Agency bomb that detonated in the mid 1970's.)

A reporter from one of the Cleveland newspapers found out about these contracts, and the commissioner, Bowie Kuhn, had to get involved, nullifying the contracts, and fining the Indians for their indiscretion. He also set aside some monies to be distributed to the four players, should AL president Joe Cronin feel that they did rightfully deserve said bonus.
Indians pitcher Sam McDowell, one of the four players, left the club for ten days, while his lawyer argued that the Indians and the commissioner had essentially voided his contract, and that he was now truly a Free Agent, free to sign with any major league team that wished to do so. Lawsuit threats were thrown around, but McDowell did finally return to the Indians.
In 1972, the players held their first organized work stoppage, but I wonder if this incident laid some of that groundwork...
Another curiosity is that the Curt Flood trade was completed, and the Cardinals agreed to send 2 other players to the Phillies as compensation. One of which was Willie Montanez, whose name will appear in this article a little further down the line.
But now, on to the playing field...

On the offensive side, Cardinals third baseman Joe Torre led the majors in hitting with a .363 average. There was no shortage of power either. Both Hank Aaron and Willie Stargell knocked on the 50 home run threshold, but neither did cross it. Aaron finished with 47, while Stargell clocked 48.

Then, adding performance compared to their respective teams, which shows good seasons hidden by bad teams, and we get this list:

There is a bit of a stretch in talent here, but again, this features the player's performances as measured against their overall team's performance. When weighing the overall performances, I feel one has to consider the impact on a player's team. That being said, here are the top 10 offensive performers from 1971, along with where they finished in MVP voting:

Remember, in the AL in 1971, pitcher Vida Blue was voted the MVP.

Speaking of pitching, 1971 was smack in the middle of what has been referred to as the 'New Dead Ball Era' in baseball. Offensive numbers were down, and conversely pitching numbers were up. Like the chicken and the egg argument, was it great pitching or lousy hitting...I think it was great pitching. You were coming out of the Koufax and Drysdale days, but you still had Gibson, Seaver, Carlton, Sutton and the like. It is also about this time that the AL owners were voting on one of Charlie Finley's pet projects, the designated hitter, which was to begin in 1973.
But, on to the pitching:

The top raw pitching performances were:

And then against their team's average, our leaders were:
And the overall top pitching performances, with their Cy Young/MVP vote tallies were:

The post season awards in the American League were both given to Vida Blue, and deservedly so. 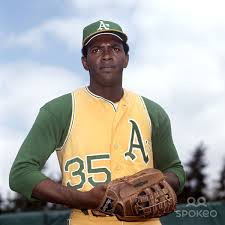 The National League awards, however, should have been distributed differently. My MVP in the NL would have been Hank Aaron of Atlanta, and my Cy Young would have been Tom Seaver of the Mets. 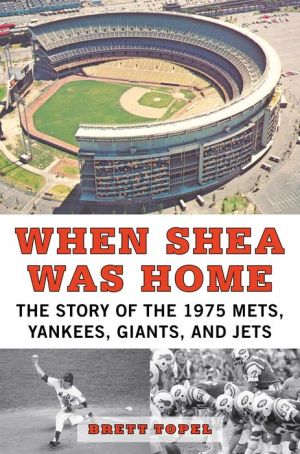