The 1983 season was relatively uneventful on the field. The post season participants all changed from the previous season. The White Sox made their first post season appearance in the divisional era, buoyed by two twenty-game winners for Tony LaRussa.
The Baltimore Orioles, being led on the field by young shortstop Cal Ripken, were led off the field by Joe Altobelli, who replaced the retired legend Earl Weaver.
Tommy LaSorda took the Dodgers to the playoffs once again, meeting the aging Phillies. The Phils were helmed by Paul Owens, who replaced Pat Corrales halfway through the season. Called the "Wheeze Kids" because of their very veteran lineup, featuring three cogs of the Big Red Machine of the 70's; Joe Morgan, Tony Perez and Pete Rose.

No review of the 1983 season would be complete without mention of the events of July 24th. The now legendary "Pine Tar Game", where Kansas City third baseman George Brett homered in the top of the ninth off of Rich Gossage of the Yankees, to give the Royals a 5-4 lead in the game. Yankees manager Billy Martin came out of the dugout as Brett was circling the bases and asked home plate umpire Tim McClellend to inspect Brett's bat, in order to determine whether there was too much pine tar on the handle. The rule was that there could not be a substance on a bat more than 18 inches from the handle. After measuring the bat against the 17 inch wide home plate, the umpire determined that the bat, in fact, was illegal, and as a result, he ruled George Brett out, negating the home run, and causing the runs to be erased, keeping the Yankees in the lead 4-3. Brett was a little upset at the judgment: The story that I heard is that Martin and the Yankees knew that Brett's bat had too much pine tar, and were waiting for an opportune moment to have it checked. At this point, the Royals/Yankees rivalry was winding down, but any chance that Martin had to get in his opponent's heads, he jumped at.
Anyway, the Royals protested the decision, which was upheld by the American League commissioner, who decided that the game would need to be replayed from the home run. The Royals officially would up with the win, in a game completed on August 18th. Yankee starting pitcher Ron Guidry played center field, and Don Mattingly played second base for the final defensive out of the ninth inning, and the Yankees went down quietly in the bottom of the ninth, three weeks after the fact.

Dave Winfield of the Yankees struck and killed a seagull during warm-up throws at Exhibition Stadium in Toronto.
Fred Lynn of the Angels hit the first Grand Slam in All-Star Game history, taking Atlee Hammaker of the Giants deep in the third inning. Hammaker had also allowed a homer to Jim Rice of the Red Sox earlier that inning. The American League won the game 13-3.
(Although the All-Star Game was allegedly meaningless at the time, this win by the AL broke an eleven game losing streak in the Mid-Season Classic)
Off the field, however, major changes were underway. Bowie Kuhn's contract had not been renewed, and an active search for a new commissioner was underway. If was not to be fruitful, and the owners asked Kuhn to remain in office until a replacement was found.
Among the names discussed were Tal Smith, Jack Valenti, Peter Uberroth, Bart Giamatti, Lee Iacocca, Brendan Byrne, Frank Cashen and James Baker. Hank Aaron expressed interest in a letter sent to all of the 26 owners, but despite being interviewed by several members of the search committee, he never was a serious candidate.
Kuhn's tenure, easily one of the more contentious in major league history, was marred by labor woes, including the first mid-season work stoppage in Major League history. His battles with both George Steinbrenner and Charles Finley were played out in newspapers from coast to coast. He made some very unpopular rulings, acting 'in the best interest of the game'. Two of those rulings involved banning legends Willie Mays and Mickey Mantle from the game for taking jobs with casinos.
Both Mantle and Mays were hired by casinos in Atlantic City as 'greeter', which basically meant their jobs were to meet and greet the high rollers that would come through, maybe get a round of golf in with the Hall of Famers. Kuhn's directive was meant to ensure that the players that were associating with known gamblers, were not a part of organized baseball. Both men were re-instated when they left their positions. At the time of the ban, Mantle was a guest batting instructor for the Yankees, showing up at Spring Training to essentially hang out with Billy Martin and Whitey Ford. Mays was also an honorary hitting coach for the Mets, but was also working for their front office on occasion.
Kuhn voided Finley's sale of three players in 1976. He tried to sell Joe Rudi and Rollie Fingers to the Red Sox for $2,000,000 and Vida Blue to the Yankees for $1,500,000. Kuhn decided those sales would ruin the competitive balance within the league, and canceled them. Again, acting in the 'best interest of baseball, term which today, is no longer in the commissioner's job description.
And Bowie Kuhn also handed George Steinbrenner his first expulsion from the game, lasting two years year at the outset of his ownership run. Steinbrenner was banned for his involvement in a bribery scandal involving funneling money to a President Nixon re-election campaign in exchange for future favorable business considerations. he pleaded down to avoid jail time, but was still a convicted felon. (He would later by pardoned by President Reagan)

More importantly, in a situation that would haunt the rest of the decade, the 'Kansas City Four' were implicated in a cocaine distribution ring that landed them in jail. Cocaine became the buzzword in baseball, and quite a few players would eventually wind up in rehab at one point or another for cocaine addiction.
Willie Aikens, Vida Blue, Jerry Martin and Willie Wilson were all charged in conjunction with an FBI investigation, and all agreed to plead guilty to a misdemeanor charge. They agreed to cooperate with said investigation, in exchange for a lighter sentence. All four were sentenced to one year in federal prison, with nine months of that suspended. The four were suspended from baseball for one year for their drug involvement by the commissioner.
Also earning a one year suspension for drug involvement was Dodger pitcher Steve Howe. Howe, who had been suspended and fined by the Dodgers on three different occasions during the 1983 season, would eventually rack up more suspensions during his major league career, but the 1983 suspension was his first.

For some reason, I looked at some of the minor league numbers for this season as well. There were some outstanding achievements that bear mentioning here, particularly in one statistical category in particular.
.
The landscape of baseball in the early 80's were dominated by expansive stadiums, with big alleys and artificial turf. The teams that played in these parks built their teams around the speed game, and there was in increase in stolen bases over the previous homer happy decade. By my count, there were twenty-six players that stole 50 or more bases, five of those with 90 or more. Donnell Nixon, no relation to Otis, stole 144 bases for Bakersfield of the California League. That placed him second in the minors, behind Vince Coleman's 144 steals for Macon of the South Atlantic League.
And the Louisville Redbirds, the St. Louis Cardinal AAA affiliate in the now defunct American Association, set the all time minor league attendance record by drawing 1,006,103 fans to Cardinals Stadium Like

But, onto the playing field. As I mentioned earlier, none of the four playoff teams repeated from the previous year. And none of the pennant races were 'down to the wire'. The closest race was in the NL West, where the Dodgers were 3 games ahead of the Braves.
Statistically speaking, it was a better year for pitchers in the American League. But we'll address the offense first, along with their stats and award vote. Overall stats first:

Then compared to their team's performances, the rankings are:

Combined performance, individually and compared to the league and their teams, the top offensive players were:

The AL MVP Vote for that year (top ten) was: 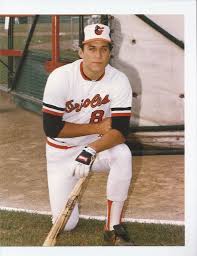 Not sure why George Brett didn't fare well in the post season voting. He played in 123 games, tied for 8th in batting average and on base percentage, and led the league in slugging percentage.

There was a mid to late season trade between the Texas Rangers and the Los Angeles Dodgers. Rick Honeycutt went from Texas to LA in exchange for Dave Stewart and cash. However, since he populates the following lists, I will include him, but with a dreaded asterisk. It's hard to vote for a League Award if a player doesn't at least finish the season in that league. I will use his AL numbers for the AL lists.
The raw numbers give us this:

And compared to their teams numbers, we have:

Overall, here's what we look like in the AL:

The Cy Young vote in the AL was: 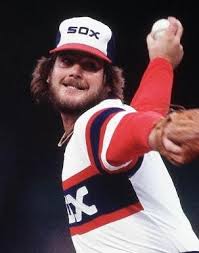 Looking at the National League, offense first again, we have these raw numbers:

Their performances over their team's averages:

And then their total numbers bring us to this: 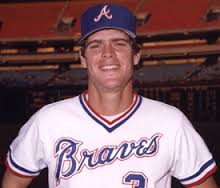 The pitching breaks down this way...first the raw numbers:

Against their teams numbers:

And then overall performance:

The Cy Young voting in the NL that season went like this: 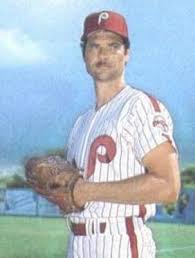 So, in review, the top five players in each league, were: 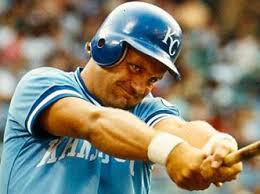 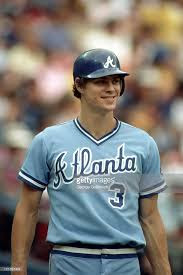 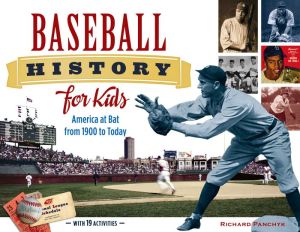 This is a really cool book, due in time for Spring training. Has some great stories and a bunch of baseball related activities for the kids (and grown ups as well)
Posted by Baseball Mike at 4:29 PM