1940 was a tenuous time for America. Europe was at war, and we were certain to follow. The Great Depression had waned, and prosperity was returning. As usual, sports were the diversion from current events. Even as the 1940 Olympic Games were cancelled due to the world’s turmoil. American sports were still in full swing. Apart from baseball, the NFL was enjoying success…though maybe none more than the Chicago Bears, who became the League Champions in what remains the most one-sided victory in pro football history. A 73-0 drubbing of the Washington Redskins.
In the entertainment world, Hattie McDaniel became the fist person of color to earn an Academy Award, for her role in Gone with The Wind.
And there were many notable debuts on the entertainment front: Carmen Miranda made her film debut, Captain America and Batman’s sidekick Robin made their first comic book appearances, and Bugs Bunny, Woody Woodpecker and Tom and Jerry all arrived on the cartoon scene.

In the baseball world, where the Cincinnati Reds won their first untarnished World Series (they were the victors in the 1919 Series), there was one game that hangs over the season…
One game…
One inning…
One at-bat…
One pitch…

During a seemingly meaningless mid-summer game, the first place Reds were playing the Giants in New York. Bucky Walters was cruising to a 4-1 victory in the bottom of the ninth. Bob Seeds was down to his last strike but worked a walk. Burgess Whitehead followed with a home run, also with two strikes. Now 4-3.
Two strikes on Mel Ott, as he worked a walk. Harry Danning steps up, quickly falls to 0-2. Reds catcher Willard Hershberger calls for a fastball, but Bucky Walters shakes him off. Hershberger calls again for the fastball, and Walters shakes him off again. Hershberger calls yet again for the fastball, and Walters gives him the fastball. But he never caught it.
Danning slammed the 0-2 pitch into the leftfield stands to win the game for the Giants. 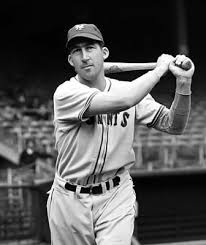 The next day was a travel day, as the Reds went to Boston for a six-game stand, including three doubleheaders in a row. Bill Baker was pressed into action as the third-string catcher, catching the first game. Regular starting catcher Ernie Lombardi was still nursing an ankle injury but was rejoining the team in time to start game one the following day.
The Reds lost the first game, 10-3. Hershberger started the nightcap and went hitless. The Braves won 4-3 in the bottom of the twelfth inning.
After the game, Willard was in a bad place. He met with manager Bill McKechnie in his room that evening and told the skipper that he felt that he let the team down, and that his teammates probably felt the same way. He couldn’t take the pressure of being the starting catcher, despite the fact hat he was batting .309 at the time, and that the Reds were still in first place by six games, despite their three-game losing streak.
McKechnie reassured the thirty-year old that he was mistaken, that no one held him responsible for a loss. They talked for more than two hours. He mentioned that he had contemplated suicide but didn’t have the courage to follow through. McKechnie wouldn’t let Willard leave his room until he felt that Hershberger had ‘cheered up’ somewhat. He advised “Hershie” to get some rest, and that he would be starting in the second game the following day.
His roommate, Bill Baker, suggested that they go to the ballpark together, but Willard said that he would be along in a little while. At game-time, Willard was still not at the park, so the traveling secretary called the hotel, where Willard said that he wasn’t feeling well and couldn’t play, but he would make it to the park as soon as he could.
At the conclusion of the first game, still no Hershberger. And no answer at the hotel room. A friend of Hershberger’s from Cincinnati named Dan Cohen was instructed to get to the hotel to bring Willard back to face possible disciplinary action. While this was happening, McKechnie took the opportunity to hold a brief team meeting telling the players that Willard was taking that loss in New York hard, and that the stress was getting to him a bit. To possibly go easy around the catcher for a little bit.
Cohen had gotten to the hotel room, and found a maid to let him in. There he discovered Willard slumped over the bathtub, towels placed all over the floor. His jugular vein had been slashed, bending over the tub to try not to make a mess. Baker’s razor was on the floor, and several uncashed paychecks were in his pocket. There was no suicide note. 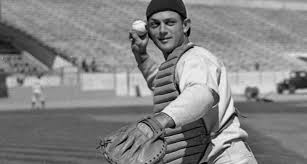 Hershberger is the only player to commit suicide during the season.

It is easy to see where all the signals were missed. Remember that this was 1940, so there was still a shroud of secrecy and a cloud of shame over mental health issues. Flash forward eighty years, and McKechnie would have had the team psychologist meeting with Hershberger. There would have been counselors available to him. They would have seen the signs and understood the significance of his actions.
He had recently taken out an insurance policy. He had recently bought a house for his mother. He had been suffering from insomnia and headaches. He had been losing weight. He talked about suicide with his teammates and McKechnie.
In 1929, his father Claude, committed suicide three weeks after the stock market crash.
He sat on the edge of the bathtub in the middle of the night and used a cane to shoot himself in the chest with a shotgun at point blank range. The gunshot awoke the entire family, including Willard, who was a teenager. The mess that was created obviously left an impact on Willard, as he made sure not to make the same mess when he repeated the act.
McKechnie found out what happened in the middle of the game and waited until the game was over to announce it to the team. They retired his number 5 for the remainder of the season as a tribute to their fallen teammate and decided to win the Series for “Hershie”. Which the did. The team also voted on a World Series share ($5,800) for Hershberger, which was given to his mother.
Bill McKechnie, who died in 1965, never did reveal what Hershberger told him, saying “He told it to me in confidence, and I will not utter it to anyone.”
I don’t want you to think that McKechnie holds any blame for the incident. Far from it. He used whatever resources were available at the time. Drawing on his strong Christian faith, he listened and counseled Hershberger to the best of his abilities.
Bill McKechnie was an outstanding man. He was a solid major leaguer, and a successful coach and manager. He was the first manager to win a World Series with two different teams (1925 Pirates and 1940 Reds). He was quiet by nature, and sang in his church choir, earning him the nickname “Deacon”. As a manager, if he had a player whom he thought was partying too much, he would become that players roommate.
The Pirates Spring Training home in Bradenton was called Bill McKechnie Field from 1962 until 2017.

Back to the 1940 baseball season at hand…
Prior to the season, Commissioner Landis discovered that the Detroit Tigers were violating rules and ‘restricting’ its minor league players. Landis found that the Tigers controlled more than one team in two different minor leagues. As such, the Commissioner voided their contracts, making 87 players immediate free agents. He then ordered the Tigers to pay restitution to fourteen other players as compensation.
While a blow to the Tigers organization, they were still able to pace the American League, and win the pennant by one game over the Indians, and two over the Yankees.

The season started off with a bang, as Bob Feller of the Indians pitched the first and only Opening Day no-hitter. 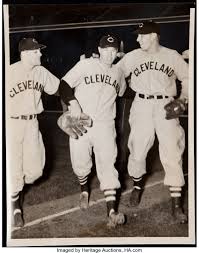 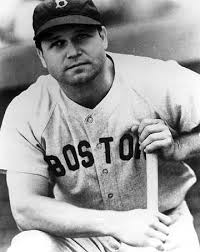 The Sox became the first team to hit four homers in one inning.
Shortstop and manager Joe Cronin hit for the cycle for the second time in his career, becoming the first to do so more than 10 years apart (1929 was his other) 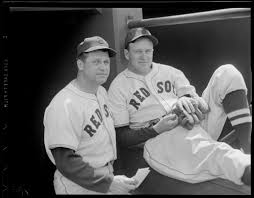 And ‘The Splendid Splinter’, Ted Williams took the mound for the first and only time in his career. In the eighth inning of a game against the Tigers, with the Sox behind 11-1, Williams came in to pitch the last two innings. He did well, allowing a run on three hits. More impressively, he struck out Rudy York on three pitches. York had four hits in the game, driving in five runs. 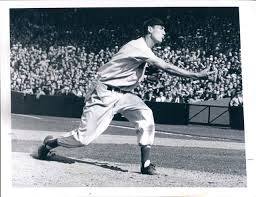 Yankees pitcher Spud Chandler drove in six runs in a 10-2 win over the White Sox. His six runs batted in by a pitcher tied the American League record with Pete Appleton, who pitched in the ninth inning for the Sox. 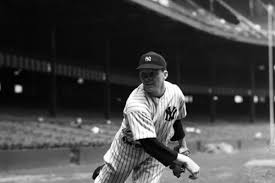 In Cincinnati, with the loss of Willard Hershberger, coach Jimmy Wilson was activated to shore up the catching corps, with Ernie Lombardi still struggling with injuries. The forty-year old Wilson caught six of the seven games in the Series, batted .353, and stole the only base in the Series. 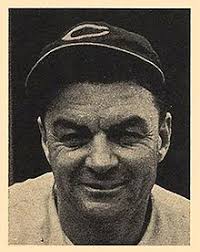 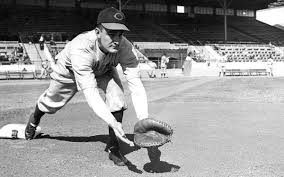 The Brooklyn Dodgers became the first team to fly together, on May 7th, traveling from St. Louis to Chicago. Well, most of the team. Babe Phelps had a sever fear of flying and would follow the team by train instead. Phelps would be out of baseball by the end of 1942. 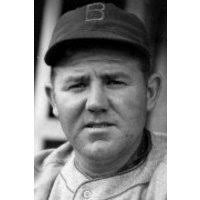 The statistical breakdowns of the leagues were as follows, pitching first:

Which brings our overall power rankings to this:

The 1940 World Series featured two evenly matched teams, in the Tigers and the Reds. In an emotional see-saw battle, with the teams trading wins, the Reds won the seventh game 2-1. The Reds were playing with Willard Hershberger on their mind. In Game Seven, Tigers pitcher Bobo Newsom was pitching just days after his father passed away. The Reds won 2-1. 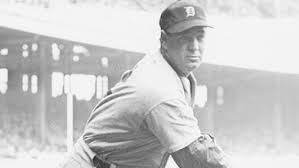 To the season review, we’ll look at the pitching first, starting with the American League. The Junior Circuit didn’t fare as well as their NL counterparts, underperforming by an average of 13.4% lower, our initial top ten performers look like this:


Then, compared to team averages, our next top ten performers are as follows:

Over to the National League, our initial top ten list is:

Then, against their team averages, we get this next list:

And that brings us to our top ten pitchers in the National League:


Remember, there was no Cy Young Award presented at this time.

Now to the hitting, where the AL batters statistically outdid the NL batters by 11.3%, we get this initial American league list:


And compared to their team averages, we get this list:

And that brings the top American League hitters to this list:

Over to the National League, we get this initial list:

And against their team’s performances, we get this list:

And that makes our top National League hitters as such:

Brining us to the post season awards, top 6 players in the American League (because 5 would leave out the pitcher) were: 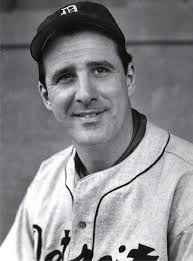 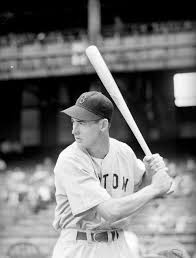 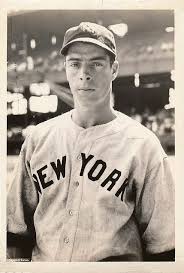 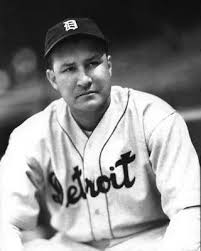 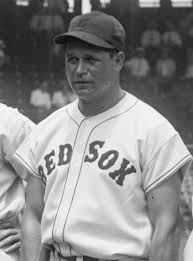 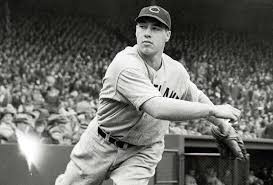 And the top 5 National League players: 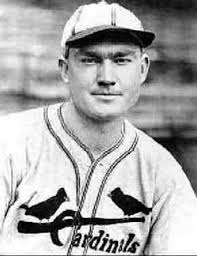 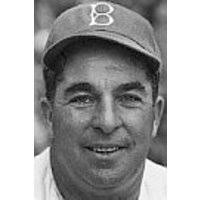 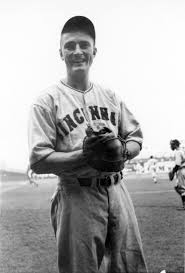 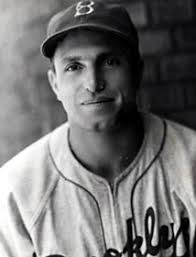 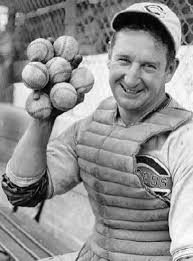