1930, and the opulence of offense, and the birth of an idiom
(partially revisited)
(original text in blue)

Someone once said that is hard to look back on past baseball seasons without        commentary on the historical significance of those years. With that being said, it should be noted that the first ever night baseball game was played on April 28th in Independence, Kansas; the Twinkie was invented, and Farm Cow Ollie became the first cow to be milked in an airplane. (She may also be the ONLY one) 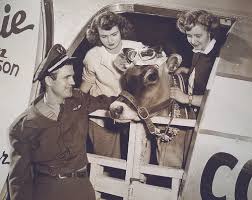 Prohibition was in full effect in 1930, and the great depression was gripping the nation. Babe Ruth of the Yankees was paid $80,000. Someone pointed out that the Babe was getting paid more than President Herbert Hoover, and he famously responded, "I had a better year than he did."
Prosperity was hard to find in America...unless you were a big-league hitter. And if you were in the National League, even better. The league averaged a .303 batting average, with 5.68 runs per game, while the American League ‘struggled’ to a .288 clip and ‘only’ 5.41 runs per game.
The flip side of that is the atrocious pitching stats. The AL pitchers finished with a 4.65 Earned Run Average while the NL finished with a 4.97 rate. The Phillies pitcher were historic in their ineptitude. They allowed 1199 runs, which remains the record for the modern era. Their season ERA was 6.71, which is the record for any era.
How bad were they in 1930? If you remove their season statistics from the league average, and recalculate, the NL Earned Run Average reduces to 4.72.
Over two days, July 23rd and 24th, the Phillies scored fifteen runs in consecutive games…and lost both. The first, 16-15 against the Pirates. The second was 19-15 against the Cubs. That game against the Cubs remains the most runs scored in a game with neither team hitting a home run.
Part of the reason for the offensive surge can be attributed to a new ball that was introduced this year. It featured a tighter core, a change in the cork center, and a lowering of the stitches on the seam, which made it a little harder for pitchers to get a good grip. The balls were a little more readily available as well, so scuffed and damaged balls were replaced with a little more frequency than in previous seasons
With the depression in full swing, it's hard to imagine anyone with more than they needed. But in baseball, that's exactly what seemed to happen. Many look to the 1930 season as the best season for hitters, and it's hard to disagree. The combined leagues' batting average that year was .296, the highest ever in the modern era; averaged 5.55 runs scored per game, again the highest in the modern era; and the pitchers had an ERA of 4.81, worst in the modern era.
Bill Terry became the last National League hitter to hit over .400. (.401 to be exact). Hack Wilson set the NL home run record with 56 homers; a record that stood for 68 years until Mark McGwire slammed 70. Wilson still holds the major league record for RBI with 191, averaging 1.23 RBI per game. Terry also tied the National League record for hits, matching the 254 that Lefty O’Doul amassed the season before.
Chuck Klein of the Phillies had a very good season at the plate. He became the first player to reach 50 doubles and 30 homers twice. He joined Rogers Hornsby as the only other player to amass 40 homers and 140 singles in the same season. His 155 runs scored remains the National league record. And during 1930, the twenty-five-year old became the quickest player to have reached the one thousand career hit plateau, doing so in six hundred eighty-three games. 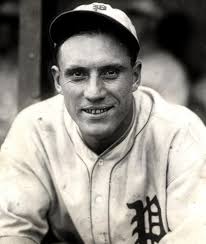 In the history of the National League, five men have gotten 240 hits or more in a season. It happened three times in 1930, Bill Terry, Chuck Klein and Babe Herman.
As of this writing, there have been just seven teams in the modern era (1901-present) that have scored 1,000 or more runs. It happened twice in 1930, with the Yankees and the Cardinals achieving that feat. More incredibly, this would be the first of the Yankees scoring four digits in runs score for three consecutive seasons.

During the 1930 season, the Dodgers had home runs negated for runners overtaking each other on the basepaths. Both times, the runner was Babe Herman.
A few years later, when he was asked about the incidents, Herman allegedly replied, “I never could figure out what their hurry was.” 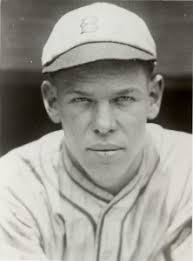 Cleveland Indians shortstop Joe Sewell had a fever and missed the May 1st contest. That broke his streak of playing in 1,103 consecutive games. Lou Gehrig, with 743 consecutive games played at this point, would take over as the longest active streak. Sewell struck out twice in a game against Pat Caraway of the White Sox, and then would strike out just one more time during the season, which covered 395 at-bats. 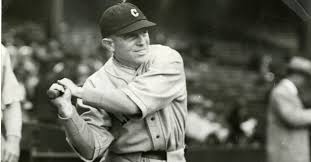 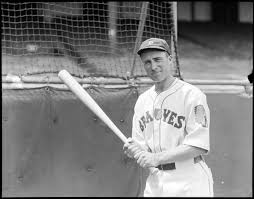 The Cubs Hack Wilson, mentioned earlier, remains the only National League hitter to hit 50 or more homers, and bat better than .350 in a season. Teammate Gabby Hartnett set the record for the most home runs by a catcher with 37, broken by Roy Campanella in 1953. 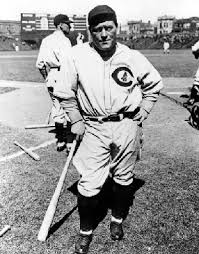 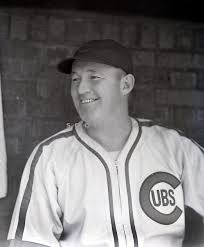 The Cubs are the only team to have two players who reached 100 walks and 200 hits in the same season, Hack Wilson and Woody English. 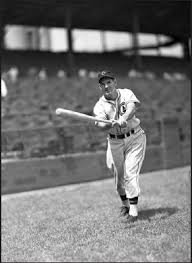 Cincinnati Reds pitcher Ken Ash earned a win over the Cubs with one pitch.
In a tie game, he was called on to relieve, facing Charlie Grimm. The first pitch, “Jolly Cholly” hit into a triple play. Ash was pinch-hit for during the next half inning, in which Cincinnati took the lead that they never relinquished…giving the win to Ash. 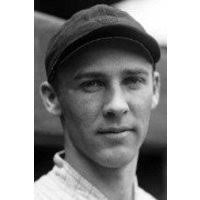 White Sox outfielder Carl Reynolds homered in each of the first three innings of a game, the second of a double-header against the Yankees on July 2nd. That hadn’t been done again until many Machado of the Orioles accomplished the same in 2016. 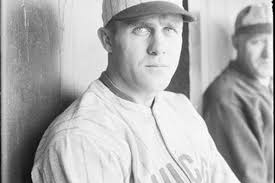 In the waning days of the season, as it played out, the American League pennant race was over, the Philadelphia A’s were preparing for their World Series match-up against the St. Louis Cardinals.
The Yankees had just been in Philly for a three-game series, winning two of the three. In a weird scheduling situation, the last day of the season was a Sunday, and the Yankees were scheduled to travel to Boston to play the Red Sox.
With the Yankees entrenched in third place, and guaranteed their third-place bonus money, there really wasn’t a whole lot to play for. Yankee manager Bob Shawkey had planned on taking a ‘skeleton crew’ to Boston for the season finale, leaving starting catcher Bill Dickey at home, along with a couple of pitchers who had started the previous two days.
Babe Ruth approached Shawkey with a modest proposal. He asked Shawkey if he could pitch the last game of the season. With literally nothing to lose, Shawkey agreed.
Lou Gehrig, hearing of Babe and Shawkey’s plan, decided to join in, and asked if he could take the Babe’s spot in left field. Again, Shawkey agreed.
With the batting line-up the same, Ruth third, Gehrig fourth. With Babe on the mound, Gehrig in left and Harry Rice at first, the Yankees took on the Sox in front of an estimated crowd of jut over 10,000 fans.
The game lasted an hour and forty minutes. Babe got two hits, Gehrig three. The Yankees won the game 9-3. Amazingly, Babe Ruth, in his first mound appearance in eleven years, pitched a complete game victory, winning 9-2. Both runs he allowed were earned. He walked two, struck out three, and gave up eleven hits. 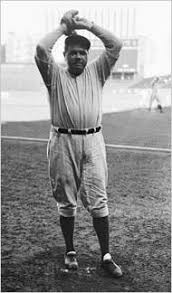 But here’s the kicker…
It was a total surprise. There was no time to put out any sort of advance notice that Babe Ruth would be pitching the final game of the season. In Boston, no less, where he began his very storied career. If there was notice, I am sure that the attendance would have doubled, or even tripled. But it didn’t.
It was a total surprise. And since Babe didn’t take his usual place in the field, left-field, the whole situation of him starting ‘came out of left-field’.
According to legend, this is where that idiom originated, and if true, it would have a conception date of September 28, 1930.

The Cardinals went 22-4 in their last 26 games to win the pennant. Thirty-year-old George Watkins established a new National League record for hitting, with a .373 average. In fact, all eight of the Cardinals regulars batted .300 or better, a feat which hasn’t been accomplished since.
Watkins would become the second player to homer in their first World Series at-bat.
The season statistics are all over the place, which you will see in a minute. The team leaders in pitching were:

Lefty Grove of the A’s won pitching’s triple crown, by leading the league in wins, strikeouts and earned run average. Very impressive considering the onslaught of hitting throughout the league. His league leading 2.54 ERA was .77 better than the runner up, Wes Ferrell at 3.31.
More impressive than that, however, was National League ERA champion Dazzy Vance, whose 2.61 was 1.26 runs better than runner up Carl Hubbell at 3.87. Essentially, Vance gave up 1 1/4 less runs per game than his closest competitor.

And the leaders in team offense were:

And then the overall team ranking, or ‘power ranking’ would be:

The Cardinals faced the A's in the World Series, with Philadelphia winning in 6 games, behind the slugging of Al Simmons and Jimmie Foxx.
Al Simmons, born Alois Szymanski, was one of the unsung stars of the 'live ball era'. He had the misfortune of playing at a time where his contemporaries were named Ruth, Gehrig and Foxx. But he held his own against them. He finished his storied career with a .334 batting average, falling just a few hits short of the 3,000 mark. He is ranked twenty-third on the all time batting average ranking, ahead of players like Stan Musial, Wade Boggs and Rod Carew. 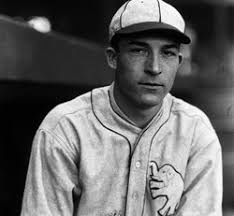 Now, we’ll recap the top pitching performances in the National League, which was the weaker of the two leagues, underperforming the American League pitchers by 9.1% statistically.
The top ten initial pitchers were:

Then comparing to their team performances, bearing in mind the terrible Phillies pitching staff, it is amazing that Phil Collins was able to finish over .500, and that he was able to notch 16 wins. Herewith:

These bring us to this ultimate top ten list for pitchers for the National League:

Over to the American League, where our initial top ten list is as follows:

Then compared to their team performances, we get this list:

To the offensive side, we’ll start with the National League, who took advantage of the weak pitching, and performed at a whopping 76.6% better rate than the pitchers, and a 3.9% increase over their American league contemporaries, we get this initial top ten list:

Then, as compared to their team average performances, we get this top ten list:

Now to the American League, where our initial top ten list is as follows:
Note that Al Simmons was responsible for creating an average of over 2 runs per game.

Then, as I compare hitter’s performances to their team averages, we get this next list:

1930 was the last year in which there was no official post season awards given. The Sporting News did present a ‘Player of the Year’ honor for each league. Those were awarded to Joe Cronin of the Washington Senators and Bill Terry of the New York Giants.
My top five post season vote, though, differs from them. Herewith, beginning with the National League: 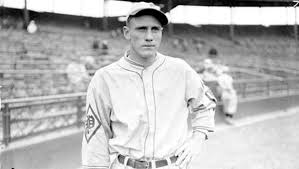 Chuck Klein
Player of the Year 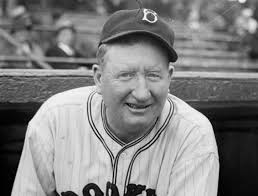 And the American League: Al Simmons
Player of the Year 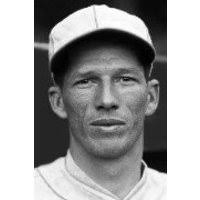 Lefty Grove
Pitcher of the Year

Posted by Baseball Mike at 6:35 PM