Mr. Seaver passed away today at the age of 75. The greatest Met of all, period.
One of baseball's all-time best, and the beacon that led a futile franchise to the pinnacle of the game with his talent, his drive and his determination.
I repost this in his memory....
The irony of the whole thing is heart breaking.
Being too young to recollect the Miracle season, but watching "The Franchise" as I was growing up, seeing the perfect 'drop and drive' form, looking for the small patch of dirt on his right knee,spelling doom for the opposing batters. The awards and records. The imperfect game against the Cubs. 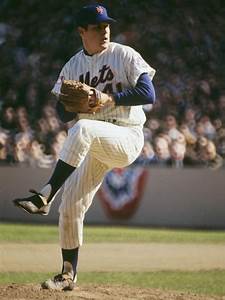 Jimmy Walls, Joe Quallis, Woody Woodward and Tommy Hutton, and their inexplicable ability to hit him.
Having Reggie Jackson say of him, "Blind people come to the ballpark to watch him pitch".
Crying as a boy over the "Midnight Massacre" in 1977. 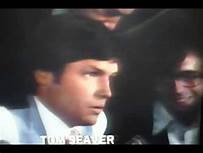 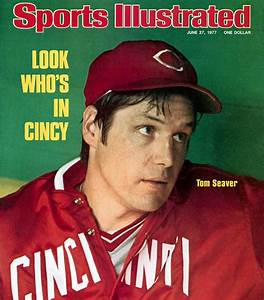 The happiness as he pitched his one and only no-hitter, wearing a Reds uniform that he never should have been wearing. Doing so without the great Johnny Bench behind the plate, but Don Werner. 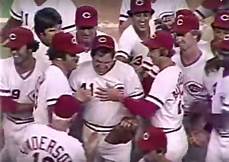 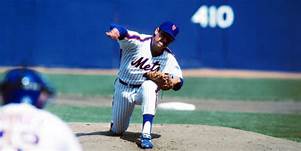 Leaving school at 1:15 in early April to ride 3 subways with my pal Squig to pay $6.50 for two field box tickets on the third base side for a twi-night doubleheader against the Pirates where he was on the bump for the first game, getting a complete game shutout, and hitting a triple in the process, his second triple of the season, which put him in the league lead for triples.
By that weekend, he was doing commercials for the upcoming Bat Day,touting his triple hitting prowess as the league leader, tongue firmly in cheek the whole time.
(For the record. he would never hit another triple)
The anger and heartbreak at his being 'lost' by the Mets to the White Sox in the long ago abandoned Free Agent Compensation Draft. 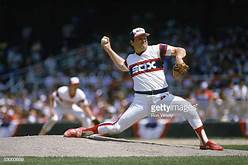 The joy of watching on television as he earned his 300th win against the Yankees in the Bronx, with the legendary Lindsey Nelson invited by the Yankees for the telecast, which was a treat for all of the Mets fans watching that WPIX telecast. 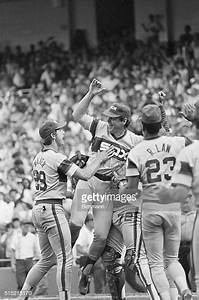 Then the reaction to the final play, a fly out to left field, the great Carlton Fisk rushing to the embrace, the pure joy on his face as his teammates surrounded him.
Heaving a sigh of relief that he wouldn't be able to face the Mets in the 1986 Series, as fate had moved him to Boston in mid-season.
Holding out hope that the 1987 comeback would come to be, but a simulated game, with Ronn Reynolds would put an end to it. (when asked who the toughest hitter he ever faced was, he would answer "Ronn Reynolds."
The excitement at scoring some fantastic close to the field seats early in 1987, to see him, in uniform in the Mets dugout, early enough to see and hear him yelling at the Pirates dugout, busting Pirate manager Jim Leyland's chops, and the high pitched laugh of his
Sharing the joy as he recorded the highest vote in Hall of Fame history, at the time of his induction.
To see him on TV throwing out the 'last pitch' at Shea Stadium, and then being there as he threw out the first pitch at Citi Field, being at a game where between innings, there was a trivia question to where he was the answer. When the contestant guessed right, he came out to personally sign a ball for the winning fan. 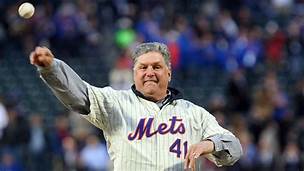 Squig decided to get me a present of an autograph of him, but he couldn't decide on a photo, so he got a generic photo of  Shea Stadium, circa 1970. He asked Squig where he should sign it, and Squig shrugged, so he said "How about where I did my best work, so he signed as close to the pitchers mound as he could.
.     All these memories of Tom Seaver I have and more...

Posted by Baseball Mike at 4:11 AM