The 1963 season can be remembered for something old, something new.

The Cleveland Indians played the Washington Senators in D.C. In what was Major League Baseball's 100,000th game.

Stan “The Man” Musial decided to hang up his spikes at the end of the season, and move into the front office for the Cardinals as their Vice President. While in Cincinnati, local legend Pete Rose debuted with the Reds, earning the National League Rookie of the Year award at the season's end.

The Dodgers atoned for their disappointing playoff loss to the Giants in 1962, to win the pennant fairly easily in 1963. They did win by six games, but the hard charging Cardinals won nineteen of twenty games during a late season run, and pulled within a game of the Dodgers, But the Dodgers swept the Cardinals in three games, and pulled away to win their eight pennant in seventeen years.

Pitching carried the Dodgers to the World Series, led by Sandy Koufax, who went 25-5 with a 1.88 ERA and became the first National League pitcher to reach the 300 strikeout mark. They also got 19 wins from Don Drysdale, 16 wins from Ron Perranoski and 10 from Johnny Podres.

The Dodgers were the first team to never trail in a game during the World Series. 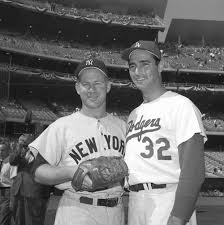 Koufax bettered his own strikeout record he established in 1961, and he shattered that by 37 strikeouts. Of course, that record was established in a season where there were more games played, 162 against 154. However, unlike the asterisk fiasco that haunted Roger Maris as he bested Babe Ruth's record in 1961, there was no talk whatsoever of an asterisk being assigned to Koufax's record. Whether that was due to office politics by the commissioner at the time, or the fact that Koufax obliterated his own record, or the fact that it was his own record, I don't know. But the asterisk debated seems to have only been directed at one record.

Koufax, while winning the pitching 'triple crown', became the second pitcher to win the MVP and the Cy Young Award in the same year. The first to do so was his former teammate Don Newcombe in 1956. 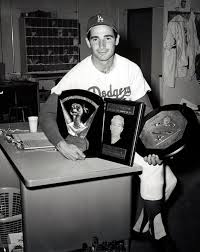 (As an aside, Newcombe served in the US Army and the US Navy, and remains the only US military veteran to win an MVP and Cy Young Award) 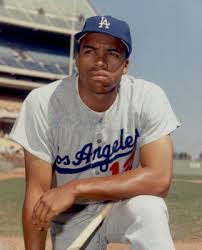 There were four players during the 1963 season who were also NBA players. They were Gene Conley, Dick Groat, Steve Hamilton and NBA Hall of Famer Dave DeBusschere. 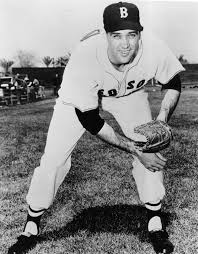 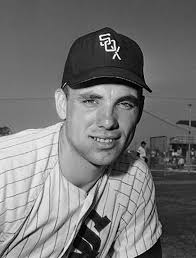 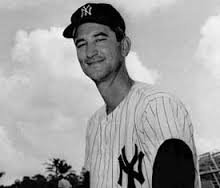 For the Cardinals, Bill White became the first National Leaguer to have both 200 hits and 100 strikeouts in the same season, while pitcher Curt Simmons became the first pitcher in eight seasons to steal home. It would be another twenty-one years before Pascual Perez became the next to do so. 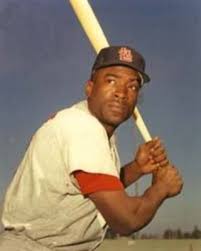 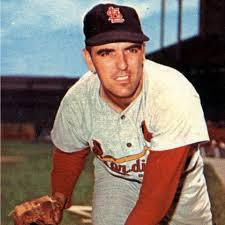 Stan Musial may be the only player to accomplish this particular feat, as in hitting a home run after becoming a grandfather. His daughter-in-law gave birth on September 10th, and Musial homered in his first at bat that day against Glen Hobbie of the Cubs. 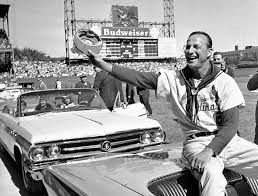 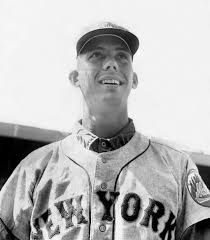 For the Milwaukee Braves, lefty Warren Spahn was able to beat the Dodgers in Los Angeles for the first time. In fact it was the first time he had beaten the Dodgers as the visiting pitcher since 1948. Fifteen years. 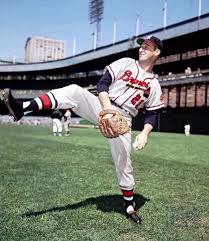 The Giants fielded an all Alou outfield for one inning late in the season. Rookie Jesus joined his brothers Matty and Felipe in New York on September 10th. It was the first and only time that three siblings appeared on the field at the same time. 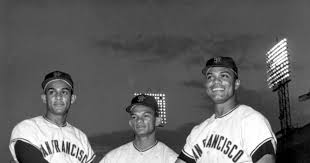 Carl Yastrzemski of the Red Sox became the first and only American Leaguer to lead the league in both hits and walks in the same season. Yaz led the league in hitting for the first of three times. His .321 was the 7th lowest average to lead the AL. (His .301 in 1968 is the lowest ever for a batting champ) 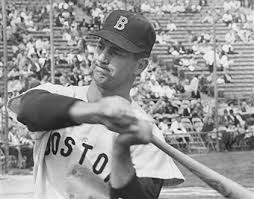 Minnie Minoso of the Senators became the oldest player to hit a Grand Slam home run, a record that was later broken by Henry Blanco (twice). 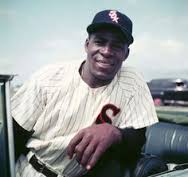 And speaking of Senator homers, Don Leppert hit 3 homers in a game against the Red Sox in April. He wound up hitting 3 more that season, setting the record for the lowest amount of homers in a season by someone with 3 in one game. 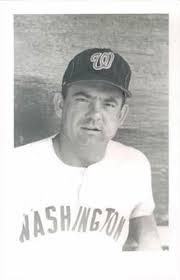 In Minnesota, Harmon Killebrew set the record for the most homers (45) by a player that didn't drive in 100 runs (96) in a season. 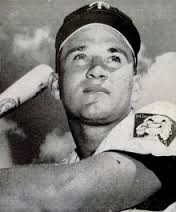 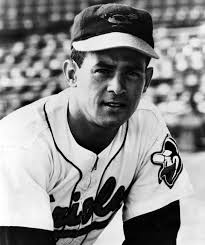 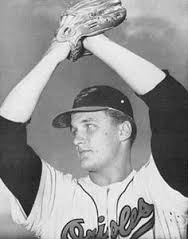 With the selection of Elston Howard, the Yankees had their fourth straight MVP. (Roger Maris twice, then Yogi Berra before Howard) 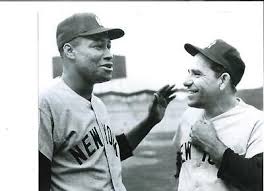 Duke Snider, a.k.a. The Duke of Flatbush,hit his 400th career home run as a member of the New York Mets. This fact barely got a mention in the New York newspapers. As the story goes, outfielder Jimmy Piersall had hit 99 in his career, and bet Snider that his 100th home run would get headlines across the country. facing Phillies pitcher, and future Mets manager Dallas Green, Piersal connected on his 100th homer, his only homer as a Met, and ran around the bases backwards. true to his word to Snider, his 100th made headlines in all the sports pages. The fame was short-lived, as he was released by the Mets about a month later. 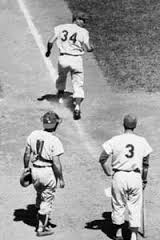 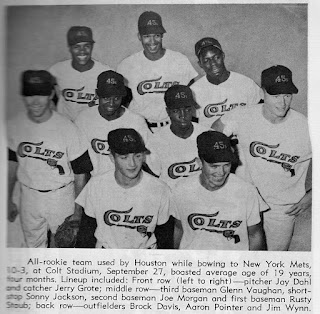 And speaking of the Astros, perfection happened in a manner that will probably never be seen again. Rookie John Paciorek started in a game against against those same Mets on September 29th. He walked in his first at-bat,then singled, singled again, walked again, and then singled for the third and last time.
He never made another appearance in a major league game, suffering from several injuries including a sciatic nerve injury, which led to eventual spinal fusion surgery.. He has a perfect 1.000 batting average and on base percentage. He is the only player to have a 1.000 batting average with more than one at-bat. And, during the game (a 13-4 Astro win) he scored 4 runs, giving him an average of 4.0 runs created per game. (for your reference, Babe Ruth had a 1.47 runs created per game average) 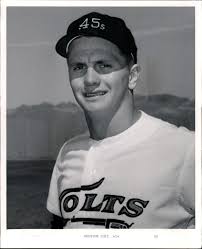 So, on to the season at hand. We'll look at the American League offense first. The basic numbers leaders were..

And then, as compared to their team's performances, our rankings are:

So factoring in the figures, our top ten in the AL is:

And the in the National League, we start with this list:

And against their team's average performance, we get this list:

Now, we'll look at the pitching, which was very strong across both leagues. How strong, you ask? The National League pitchers out performed the hitters by 35.7%, while the American league bested their hitters by 21.5%, statistically speaking of course. The low batting averages and low RBI numbers bear this out. Both leagues combined to average scoring just 3.9 runs per game.

Wit that being said, we'll look at the American League first, with the raw numbers being:

And against their team performances, we get...

That brings our top AL pitchers to this result...(Bear in mind, at this point in baseball history, there was only one Cy Young Award handed out each season, and in 1963, Sandy Koufax was the unanimous winner)

And then against their teams averages. This is I believe a good way to find stellar performers that may be overlooked by their team's less than stellar record. I say that because two Mets pitchers make the list, for a team that lost 111 games:

Which gives us the top pitcher rankings as follows:


So, for our top players in each league, if I were to have had a vote back in the day, my American League vote would be: 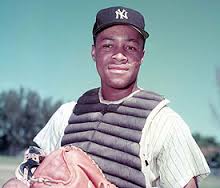 And in the National League, it would be: 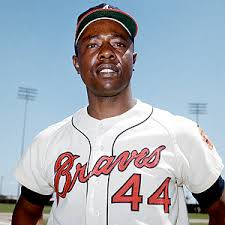 Posted by Baseball Mike at 9:32 PM