1952 and the overachieving underachievers...

1952 was a seemingly nondescript season at first glance. The Yankees were in the process of winning their third straight World Series, beating the Brooklyn Dodgers in seven games. The post season awards, of which there was just one in each league (save for the Rookie of the Year) were awarded to players whose teams were sixteen and nineteen and a half games behind the pennant winners.
The conflict in Korea had an impact, as several stars were called upon to serve our country. Most notably Ted Williams from the Red Sox, Don Newcombe from the Dodgers, Whitey Ford from the Yankees and Willie Mays from the Giants.
1952 would be the last season for the Braves in Boston, as they would relocate to Milwaukee for the 1953 season. Hall of Famer Eddie Mathews would make his debut with Boston that year, and become the only player to play for the Braves in Boston, Milwaukee and Atlanta.
The Detroit Tigers would become the last American League team to finish in last place.
The Yankees, playing without Joe DiMaggio for the first time, watched switch-hitting Mickey Mantle begin to come in to his own, as the Yankees edged out Cleveland for the pennant, winning by two games.
Robin Roberts won 28 games for the Phillies, the highest total in the National League since Dizzy Dean won 30 in 1934. No National League pitcher has won as many since.
Giants rookie pitcher, knuckleballer Hoyt Wilhelm would become the first rookie pitcher to lead his league in Earned Run Average and Winning Percentage. He also homered in his first major league at bat, only the second Hall of Famer to accomplish that feat. (Earl Averill is the other) Wilhelm pitched for twenty-one seasons, appearing in 1,070 games, and never hit another home run. 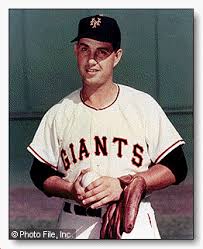 And Wilhelm, who got a late start on his baseball career, was a twenty-nine year old in 1952, retired at forty-nine in 1972. An unsung hero for his military career, which placed him at the Battle of the Bulge. He was wounded in action, and played the entirety of his career with a piece of shrapnel lodged in his back. At the time of his retirement, he was the only pitcher to have appeared in more than 1,000 games, first pitcher to record 200 saves, and had the second lowest career Earned Run Average, behind the great Walter Johnson who retired in 1927.
In minor league news: Pittsburgh farm hand Ron Neccai strikes out twenty seven batters in a no-hitter while pitching for the Bristol Twins in the Appalachian League. He struck out four batters in the ninth, as his catcher made an error and allowed a better to reach first on a passed ball.
Not to be outdone, his teammate Bill Bell pitched two consecutive no-hitters, and added a third no-hitter a few weeks later. Both pitchers made to Pittsburgh by the end of the season.

On to the 1952 baseball season recap.

And the top 5 in hitting were:
Dodgers
Giants
Cardinals
Phillies
Yankees

You can see that the national League overall was the stronger of the two leagues, statistically speaking, and that the top two teams were rightly matched in the World Series.

Of note is that the Indians had three 20 game winners this year. Bob Feller had an injury filled season and finished w disappointing 9-13. The Indians would pull it all together in 1954, where they would have four twenty game winners in dethroning the Yankees for the American League pennant.
But I digress.

American League pitchers against their own team's averages:
And then the overall ranking for AL pitchers, remembering that there was no Cy Young Award at this time:

Switching over to the National League, our top raw numbers are:
And against their teams:

At first glance, the fact that three Pittsburgh pitcher make this list may seem odd. The Pirates, who were by far the worst team in the majors, had atrocious pitching. Their offense, surprisingly, was not much better either. Ralph Kiner did tie for the league lead in homers, hitting 37, but only driving in 87 runs. The Pirates won just 41 games that season.

So, that makes our overall NL pitching rankings as follows:

So we'll look at the offense next.

And against their team:
So our overall top hitting performers in the AL were:

Over in the National League, top raw offensive stats are:

And against their team's average:

Which brings us this list of top hitters in the NL:

The post season awards voted on by the Baseball Writers Association of America (BBWAA), for the Most Valuable Player in each league, matches my numbers, so the voters were dead on.

Bobby Shantz became the third member of the Philadelphia Athletics to be voted MVP. 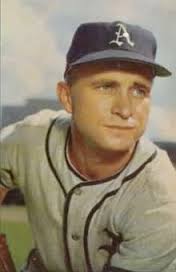 While Hank Sauer became the third Cub to win. 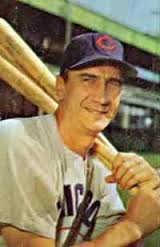 If there was a post-season pitching award, of course Shantz would be the recipient of that, and his counterpart would have been Robin Roberts of the Phillies. 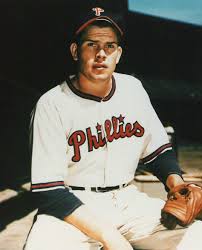 Posted by Baseball Mike at 9:05 PM