The 1934 baseball season was chock full of the game's all-time great players. Offense was the name of the game still, and a lot of lineups had players that would be gracing the Hall in Cooperstown in the not too distant future.

Lou Gehrig of the Yankees won the American League Triple Crown, while his teammate Lefty Gomez won the pitching Triple Crown (leading the league in Wins, ERA and Strikeouts). It is the only time in history that teammates achieved that milestone in the same season. In fact, it was the only season where Gehrig won the league batting title. He hit .373 and drove in 173 runs in 1927, only to have Ruth hit an all-time record 60 homers.

1934 would be Gehrig's year to shine, with a thirty-nine year old babe Ruth struggling, and Joe DiMaggio still playing in the Pacific Coast League, the “Iron Horse” had to carry the Yankees offense on his shoulders a majority of this season. It would be Gehrig alone in 1935 before the “Yankee Clipper” makes his debut in 1936.

The year begin quite auspiciously, with Commissioner Kennesaw Landis denying a reinstatement request from Joe Jackson, who had been disqualified from baseball because of the scandal of 1919.

For the first time in major league history, both leagues would be using the same balls. Prior to this season, there had been slight differences in the stitching. What impact that had on the actual play is not known. I suspect that the difference was so slight that it had no impact whatsoever. I mention it here only as a curiosity.

Berg is most definitely one of the most unique man in the history of baseball. Born of Jewish immigrants, hew grew up in Harlem, and then Newark, New Jersey where his father purchased a pharmacy.

Moe began playing baseball at seven for an Episcopal Church baseball team, using an assumed name...”Runt Wolfe”. He played on through high school. Berg enrolled at NYU, where he studied for two semesters, and played baseball and basketball. He then transferred to Princeton, where he made no mention of his time at NYU, passing himself off as a Princeton Man.

He played several positions for the baseball team, but settled in at shortstop. He and his second baseman would speak to each other in Latin when there was a runner on second, so that the opposing runners couldn't decipher their signals.

He would eventually be optioned by the White Sox, still as an infielder. In 1926, he let the Sox know that he would miss Spring Training because he was finishing his first year of law school at Columbia. He missed his chance to be their starting shortstop, and only appeared in 41 games.

The following year, White Sox owner Charlie Comiskey offered Berg more money if he would come to Spring Training, but he declined, skipping it to complete his second year. One of Berg's professor recommended that Berg take extra classes that coming fall, and that he would arrange a leave of absence for him for the 1928 baseball season.

Injuries during the 1927 season forced the White Sox to scramble to find catching, when Moe stepped up and offered his services behind the plate. He did well as an interim solution, and was the first choice of knuckleballer Ted Lyons for his starts.

By the nest season, Berg had become a starting catcher. He passed the New York State Bar Exam, earned his LLB, and was also beset by injuries. Those injuries led to his release from the White Sox and the Indians, but his catching abilities led Clark Griffith of the Senators to sign Berg.

During his time in Washington, he was invited, along with a handful of players, to tour Japan as goodwill ambassadors, teaching the game. Berg enjoyed his time there, and stayed behind to tour Japan and the far east.

His second trip to Japan was much more eventful. Berg joined the likes of Charlie Gehringer, Babe Ruth, Lou Gehrig, Lefty Garcia and others on a barnstorming trip at the conclusion of the 1934 season. Berg was a last minute addition to the barnstormers, and came equipped with a letter from “Movietone News” who had contracted Berg to document the trip, and a 16M movie camera.
On their arrival, it was Berg who was invited to address the Japanese legislature, and give a welcome speech in Japanese. At one point, Berg went to a hospital to visit the daughter of the United States Ambassador to Japan, but instead repaired to the roof to take film of the Tokyo skyline and its harbor. He never did see the ambassador's daughter.

He was released, resigned and released again over the next few years, and that 's where the baseball part of his story ends. He coached with the Red Sox for a couple of years. But then Pearl Harbor happened. Berg took a job with the “Office of the Coordinator of Inter-American Affairs” and was put on assignment in the Caribbean. He showed footage of his Japanese trip to several members of the military, and it is believed that his films helped Lt. Col. Jimmy Doolittle plan his “Doolittle Raid”.

He also helped the Yugoslavian resistance during the War, parachuting behind enemy lines and helped evaluate how much support the allies should offer to those groups.

Someone once said of him,”Moe can speak seven languages but can't hit a curve-ball in any of them.”

Berg declined to receive a Medal of Freedom while he was alive, but it was awarded to him posthumously. He declined many offer to write his life story. He almost did agree to it, but the co-writer assigned by the publisher confused Berg with Moe Howard of the Three Stooges.

Berg's baseball card is the only baseball card on display at the CIA headquarters, and he was inducted into the Jewish Sports Hall of Fame in 1996.

His last words were allegedly, “How did the Mets do today?”

On to the season at hand, we'll take a quick look at the top five teams, statistically speaking.

The New York Giants had a two and a half game lead during the final week of the season, only to lose their last five games of the season, while the St. Louis Cardinals won their final four games, to win the pennant by two games.

The Tigers lost to the “Gashouse Gang” Cardinals in a hotly contested seven game series. The series was marred by an incident revolving around Joe Medwick sliding hard into third base, and Tiger third baseman Marv Owen. The hometown Detroit fans began pelting Medwick with garbage, and for his safety, Joe Medwick was pulled from the game. Medwick remains the only player to be pulled from a World Series game for his own safety.

The Dean brothers, Dizzy and Paul, combined for the four Cardinals victories. They each won two games in the Series.

For the 1934 season, offense was definitely the driving force, with the American League featuring more potent offenses. The league's batting average was .279, and the league's ERA was 4.50. The offense, in using my formulas, fared 43.6% better than the pitching. The National League was a little more consistent, with the offense being 15.2% higher.

(For comparison sake, I looked back at the 1906 research and found that the pitching that year was 49.6% better than the offense in the NL, and 41.9% better in the AL)

That being said, we'll look at the American League offense first, looking at the raw numbers:

The top four performers, and six of the top seven on this list are Hall of Famers.

Now, comparing their performances with their team's performance, we get this ranking:

Then auditing to get a true measure of performance for the season, the top ten rankings are:

The Most Valuable Player award for the American League was given to Mickey Cochrane of the Tigers. The catcher/manager led his team to 101 victories. (Trivia note, Mickey Mantle was named for Mickey Cochrane, the Mick's father's favorite player)

The pitching in the American League looks like this, with the top ten raw numbers:

Then against their teams average performances:

In the National League, our top raw numbers are:

And against their team averages:

And against their team's averages:

The Most Valuable player in the National League was thirty-game winner Dizzy Dean. The statement I made earlier in the article about the strength of the pitching in the NL is shown by the MVP votes garnered by the pitcher from my list. Ten pitchers received votes that year, compared to just four in the American League.

But as for my post season awards votes, in the National League, hands down, the pitching award and player of the year award would go to Dizzy Dean. 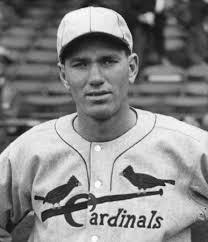 And in the American League, the pitching award would go to Lefty Gomez of the Yankees, 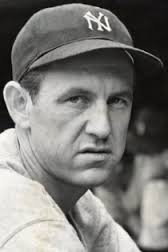 And the Player of the Year would go to Lou Gehrig. 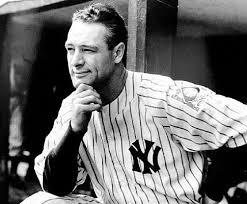 You can learn more about Moe Berg from two great sources, the first being a short piece in “The League of Outsider Baseball” by my friend Gary Cierdakowski:

Posted by Baseball Mike at 6:53 PM