The 1990 season, in which the Oakland A's were in the midst of their 'dynasty' years, accounted for a remarkable season for one player, an historic season for another player, and one of the biggest World Series upsets in history.
The season had an auspicious start, as labor troubles caused the cancellation of a couple of weeks of Spring Training. This was the first contract negotiation after the collusion cases of the late eighties. The previous negotiations had resulted in player initiated work stoppages, so this time, ownership took to the offensive and was more aggressive in their dealing with the Players Association. The contract was ratified late, but both sides were able to salvage the 162 game season. (Of course, the next negotiation was extremely contentious, and led to the cancellation of the 1994 World Series.
Also of note, after a four month investigation involving George Steinbrenner's involvement with Howie Spira, an admitted gambler, who was supposedly providing Steinbrenner with damaging and embarrassing information on Yankees outfielder Dave Winfield, came to a close. In an often convoluted and ever changing story, Steinbrenner admitted to giving Spira $40,000, not as a payment for services (and information rendered) but rather, “out of the goodness of my heart”, Steinbrenner was quoted as saying.
Eventually, Spira was indicted in Tampa for “making extortionate demands” of Steinbrenner, even though Steinbrenner had Spira sign a confidentiality agreement regarding the $40,000 payoff. Spira continued to ask for an additional $110,000 and a job with the Yankees in Tampa.
Winfield and Steinbrenner had been feuding publicly over non-payment to Winfield's non-profit David M. Winfield Foundation, of whom Spira was a non-salaried public relations agent. In fact, Winfield and Steinbrenner sued each other over the payments in 1989. Early in the season, the Yankees first benched Winfield, then traded him to the the California Angels for Mike Witt. Winfield, citing his no-trade clause in his contract, refused to report and went home to New Jersey. The Yankees countered that fact with a clause in Winfield's contract listing seven teams that he would agree to a trade to, the Angels being one of them.
Witt reported to the Yankees the next day, but Winfield remained at home. Steinbrenner and Winfield had a two hour meeting, in which Steinbrenner apparently told Winfield that should an arbitrator declare the trade void, Winfield would return as a full-time player. Winfield had been benched in the throws of a zero for twenty-three slump. Steinbrenner gave Winfield a check for $100,000, which was the sum of Winfield's three bonus stipulations in his contract.
Commissioner Fay Vincent declared the transaction complete upon hearing of the payment to Winfield. A grievance was immediately filed, and a hearing was held. Winfield, after some negotiations, agreed to report to the Angels after negotiating a contract extension and another bonus.
For their part, the Yankees were heavily fined by the commissioner. $225,000 fine for tampering with Winfield (Vincent cited Steinbrenner's remark about Winfield being a full-time player). $200,000 of that was compensation to the Angels.
After lengthy hearings and investigations, on the morning of July 30th Steinbrenner and his attorney assembled in the commissioner's office to hear the verdict. Steinbrenner had agreed to voluntarily remove himself from the day-to-day operations of the Yankees. When the decision was announced, the Yankees were in the Bronx hosting the Detroit Tigers. The 24,037 people in attendance, upon hearing news of the settlement, broke into a ninety second standing ovation.

Of note on the field:
Nolan Ryan won his 300th game. He also became the oldest pitcher to pitch a no-hitter, hurling his also record sixth against the A's. 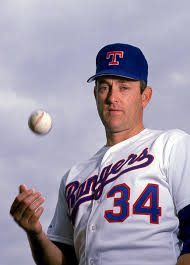 And speaking of no-hitters, there were a record nine thrown in 1990, the most noteworthy being pitched by Andy Hawkins of the Yankees, who no-hit the White Sox, but due to errors and walks, wound up as the losing pitcher in the no-hitter, as the Sox won 4-0. 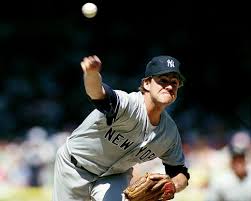 Rickey Henderson stole his 894th base, passing Ty Cobb as the all-time American League stolen base leader. (He would finish the season with 936, 2 shy of Lou Brock's record, which he would break in 1991) 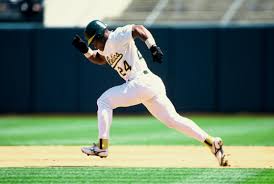 George Brett of the Royals won his third batting title. Interestingly, each of the three was in a different decade. (1976, 1980 and 1990) 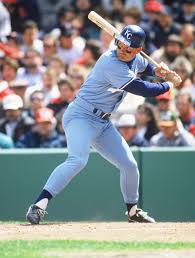 Cecil Fielder left the States to play in Japan for a year. He returned in 1990 with the Detroit Tigers, and hit 51 home runs. 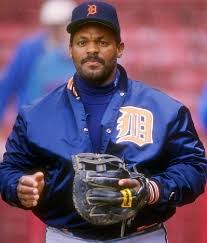 The Cincinnati Reds went from wire-to-wire to win the NL West crown, becoming the first National League team to do so in the expansion era.

Bob Welch of the A's won twenty seven games, an amount that we have not seen since, nor does it appear we will again, with the inclusion of pitch counts and innings limits on pitchers. In fact, since Denny McLain won thirty-one in 1968, only Welch and Steve Carlton (1972) have reached twenty-seven wins.
Amazingly, Welch won the Cy Young Award, but he was not a unanimous choice. He received just fifteen of the twenty-eight first place votes. Was that voting justified? We'll delve into that shortly.
Willie McGee, the speedy outfielder for the St. Louis Cardinals was leading the National League in hitting through August 29th when he was traded to Oakland. He left the NL with enough at bats to qualify for the league lead, hitting .335 at the time of the trade. No one caught him, so he became the only player to win a League batting championship while playing in the other league. (For the record, combined, he finished with a .324 average)
As for the upset, the Oakland A's were a team full of promise and potential. They won three straight AL Championships, but only won one World Title. They were blind-sided by Kirk Gibson and the Dodgers in 1988, they did beat the Giants in the earthquake scarred Series on 1989, and they were unceremoniously swept by the Cincinnati Reds, who won a dozen less games than the A's did in the regular season.
The team rankings were interesting and somewhat telling. In each league, the top 5 teams were represented in the playoffs, with just two teams from each league making the playoffs at the time.
Those rankings, with season ending standings, are as follows:

The A's played a memorable playoff series against the Boston Red Sox that saw one of the biggest rhubarbs in League Championship history. Red Sox pitcher Roger Clemens, with his team already down three games to none, began arguing with the home plate umpire for Game Four, Terry Cooney. A combination of frustration, and a few 'magical twelve letter words' later, and Clemens needed to be physically restrained by Sox catcher Tony Pena. Second baseman Marty Barrett was also ejected in the ensuing protest.
When the playoff series was done, the A's had scored twenty runs to Boston's four.
The Series itself was a runaway on paper, but the opposite reality was what happened. Led by Billy Hatcher's record seven consecutive hits, and his .750 batting average, the “Little red Machine” was firing on all cylinders. (Sorry for that one, couldn't resist). The aforementioned Bob Welch got tagged for nine hits and four runs in his one Series start. Dave Stewart fared little better in his two starts, giving up ten hits and six runs (four earned) in his two tried at the Reds.
The A's highly regarded bullpen got shellacked. Dennis Eckersley, who saved forty-eight games in sixty-three games, and who had a minuscule ERA of 0.61 on the year (he walked four men in 73 1/3rd innings that season) wound up with a Series ERA of 6.75.
The Reds' bullpen, led by the “Nasty Boys” were unscored upon in 7 innings work during the Series, giving up 6 hits and striking out seven in the process. Overall, the Reds' Series batting average was .317. 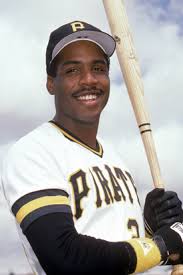 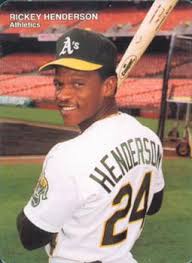 Compared to their own team's average performance:

Then the combination of the stats, the top rated players were...

This marks the first of Barry Bonds' MVP Awards, as he beat out teammate Bobby Bonilla for the award. Bonds received twenty-three of the twenty-four first place votes, with Bonilla getting the other.

Now looking at pitching, beginning with the overall numbers: 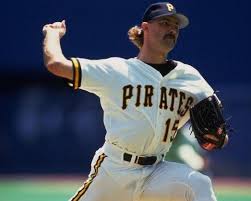 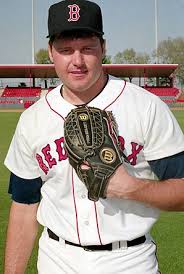 Against their team's performances: 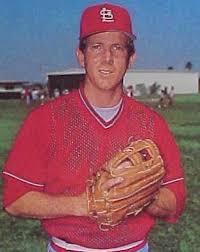 Then, the compilation of the statistics brings us the top pitchers for each league, as such...

So, while Welch led the league with an impressive amount of wins, he was not the best pitcher in 1990. My numbers show that, as does the MVP vote. The Cy Young vote that year, in which each American League team has two BBWAA voters, and they each get to cast 3 votes, ended like this:

With the analysis over, the post season voters were close. Clemens would have been my vote for the Cy Young Award ahead of Welch. In fact, bob Welch was the second best pitcher on his team, statistically and analytically speaking.
The top 5 players in each league were:
NL: 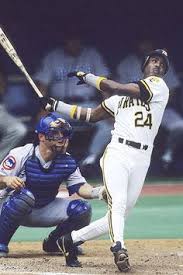 And in the AL: 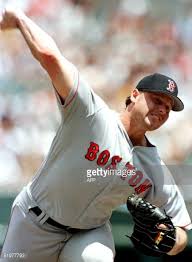