1919 is a season that is most remembered for the World Series outcome, the ensuing outcry, the investigation, and the ultimate result.

The Chicago White Sox were an amazingly talented team who were heavily favored to beat the Cincinnati Red in the World Series. They were also, in their eyes, underappreciated and vastly underpaid for their status as superb ballplayers. In short, the players deeply resented owner Charles Comiskey.
The baseball reserve clause caused most of the acrimony. The reserve clause essentially locked a player into a team for the duration of his career. He remained the property of that team until he retired, or was transferred or traded to another team. (I have covered the reserve clause in an earlier posting)
Without rehashing a whole lot of things that have been written about many times, by far better writers than I, the upshot is that the White Sox conspired to 'throw' the World Series.
Now, let it be known that it was not the entire team that was involved. Enough of the starting lineup was involved, along with two starting pitchers. One player, Fred McMullin, was a reserve who overheard the planning, and demanded to be included.
Third baseman Buck Weaver, while receiving no money, was implicated for being aware of the plan, and not notifying the ownership. Joe Jackson, who was unable to read or write, was also involved, did take money, and then kept asking out of the games. At the conclusion of the Series, Jackson had hit the only home run, and led both teams in batting.
Rumors began circulating quickly about a 'fix' being in, and by the time the Series had started, the odds-makers were now making the Reds even-money favorites to win.
The Reds did win the Series, five games to three (in a best of nine)
Knowing the baseball landscape at the time, where gamblers and players were often in each others company; where wagering during the games was quite out in the open, it is not surprising that gamblers had that amount of access to the Sox players.
Enough people have read "Eight Men Out" by Eliot Asinof. More have seen the move of the same name, and they have a grasp on the story. But I don't think they recognize the timeline involved.
Rumors followed the White Sox through the 1920 season, and in September of that year, a Grand Jury was convened to investigate the allegations. Reportedly, pitcher Eddie Cicotte and outfielder Joe Jackson admitted to their participation in the conspiracy. In fact, according to the book "Shoeless Joe" by David L. Fleitz (McFarland & Company, Publishers) (see the link below) there were many instances of "inconsistent fielding" that cost the Sox games during the 1920 season.
Comiskey, whose White Sox were in a down to the wire battle against the Cleveland Indians for the American League title, suspended the seven remaining White Sox implicated for the final series against said Indians.
In the meantime, with concern being for the integrity of the game, Baseball itself needed to address these gambling issues, lest the public lose faith in the game, and it take on an air of boxing, with the seediness of the characters that hover around the athletes, and bring outcomes into question.       To that end, the owners in both leagues hired Judge Kennesaw Mountain Landis to act as the head of the newly reformed National Commission. Landis would only accept the position if he was granted absolute control and power over every player in both the majors and the minors.
One of Landis' first acts was to immediately place the eight players on the 'ineligible list' for the 1921 season, essentially suspending them from all organized baseball. The trial took place in June, and the jury returned a verdict in early August, finding the White Sox players not guilty of all charges.
Upon the verdict, Landis immediately handed down his own verdict:
"Regardless of the verdict of juries, no player who throws a ball game, no player who undertakes or promises to throw a ball game, no player who sits in confidence with a bunch of crooked ballplayers and gamblers, where the ways and means of throwing a game are discussed and does not promptly tell his club about it, will ever play professional baseball."

Many people have said that this was the end of the "Dead Ball" era of baseball, where 'small ball' was the usual style of play. Pitching, defense, speed and strategic bunting were more commonplace than they are in today's game. The home run had not yet captivated the nation, and the stadiums of play were often cavernous ballparks that generated a lot of triples. In fact, every team in both leagues hit more triples than homers in 1919.
And the 'dead ball' era is said to have ended in 1920, with the future of baseball being clouded by the White Sox scandal, there was a fear that the public may not trust the integrity of the game. Plus, the owners were looking with great interest at what was happening in Boston, in the persona of George Herman Ruth.

But more on the Bambino at a later date. Let's get back to the season at hand.

1919 has always intrigued me, not just for the scandal, but for the amount of legendary players that were a part of that season. And in crunching the numbers, I found a bit of a surprise.
First, I decided to look at the power numbers, which in my vernacular, is a combination of offense and pitching compared to the league averages for each. It gives a pretty good indication of how strong a team is.
So in each league, the top 3 were:

As you see, the power rankings stayed true to the finish. The interesting thing is that while the White Sox were initially heavy favorites to win the Series, the Reds actually had a stronger power number (1.2198 vs. 1.1592) So without a fix being in, I thing the Reds may have been a tougher challenge for the Sox than many thought.

Okay, lets look at the National League offensive players first. Bear in mind, there was no post season awards during this era, so I have nothing to compare my ballots to. Also note that Phillies outfielder Gavvy Cravath didn't have enough at-bats to qualify for any batting titles, but did have enough good numbers to lead the league in home runs. So, he gets an asterisk, and I'll add an eleventh player to the top ten list. These are the overall basic rankings:

Then looking at performance against their team's average performance:

And then the total combined:

And over in the American League, the basic numbers:

Their totals combined bring us to this final tally:

Ruth, as I'm sure will be the case throughout most of the twenties and early thirties, outpaced the offense in the American League.

So, let's look at the pitching.

During this 'dead ball era', where spitballs were allowed; where the emphasis was on moving runners over, stealing bases and sacrifice hits were the name of the game; where fielder's gloves were just starting to be more important, there were a large amount of 'unearned runs scored and allowed. To that end, just for comparison, I'm going to look at the difference between ERA (Earned Run Average) and just plain old Runs Allowed.
Just as a refresher, earned runs are normal runs scored during a game. Unearned runs are scored as the result of errors, in a variety of ways that factor after errors are calculated. The average is figured to determine how many runs per a nine inning game are given up by the pitcher.
During this era, it was not uncommon for pitchers to average around 2 earned runs per game, or an ERA of 2.00.

So the top 5 in ERA in each league:

As you can see, the disparity between the leaders, and the difference in runs per game is stark. While the dead-ball era is praised for its 'station to station' type play, it is clear that bad defense also played a part in the games, and probably some of the strategies as well.

If you note that the Cincinnati Reds are very well represented on this list, which adds to my thinking that they could have given the White Sox a run for their money in a legitimate World Series.
Also in the National League, the average rankings against their teams matched their basic rankings. And, they also matched the overall rankings as well. So, when I changed the ERA factor in the formula to the Runs Allowed, it slightly alters those rankings. The same top ten pitchers, just in a different order.
NL

That Walter Johnson averaged giving up one and a half earned runs per game, and two and a quarter total runs per game, and still lost fourteen games, it makes one wonder how good he would have been for a better team.
As it was, he won 416 games in his stellar career, setting many records along the way. He pitched 110 shutouts. His career ERA was 2.17, his career Runs Average comes to 2.89. Yet he still lost 279 games. He is clearly one of the game's All-Time greats, and is without a doubt, one of the top pitchers ever.
(Personally, I believe we should be handing out Walter Johnson Awards at season's end.)
Anyway, as with the National League, the American League numbers are identical in performance against the league, and the performance in overall rankings. As above, when I change the formula to Runs Allowed, we have two additions to the list. That ranking is as follows:

So, were I to give a league award in each league, to best player and best pitcher, I would have one winner in the National League. There would be one award for each in the American League,
The AL winners would be: 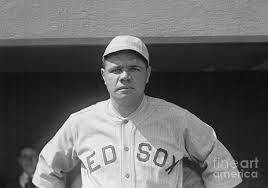 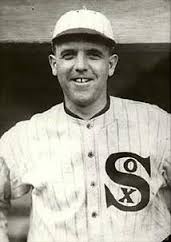 While the NL winner would be : 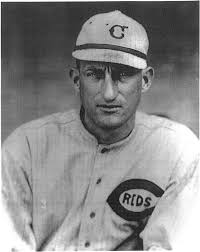 Where I to have to vote for one player to be a 'Player of the Year', My vote would be for “the Babe” 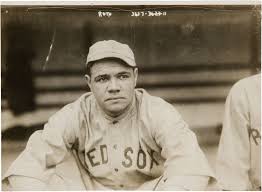 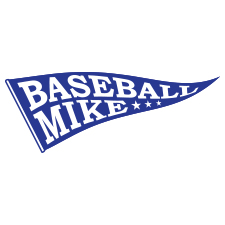 Posted by Baseball Mike at 4:20 AM