1945, the end of a war, the initiation of a hex, and a misunderstood star

1945, as baseball enthusiasts will remind you, was the last year that the Chicago Cubs appeared in the World Series, losing to the Tigers in a seven game Fall Classic. Baseball lore runs through the 1945 season, as the Year of the billy-goat curse, famously begun when the Cubs refused admittance to a Series game to Billy Sianis and his pet goat.
The goat, named Murphy, was somewhat of a mascot for the team thay season, a good luck charm as it was, and the namesake for Sianis' "Billy Goat Tavern" in Chicago, made even more famous by John Belushi and Bill Murray and their "Cheeburger, Cheeburger" sketches on Saturday Night Live in the mid-seventies.
As a part of the oral tradition of the game, this story gets re-hashed every few years, but the fact is, they were good enough in 1945 to make it to the Series, and to take the Series to seven games.
True, the franchise does appear to be snake-bitten since, when you look at the black cat in 1969, the non-fan interference in 2003, and the principle that held true for forty years, where the adage was a team with 2 or more ex-Cubs could never win a World Series, oral tradition and fate have not been kind to the Cubbies.
But, 1945...

The Cubs were able to acquire pitcher Hank Borowy from the Yankees in mid-season. The former Fordham University Ram  had won 56 games for the Bronx Bombers in 3 and a half years, but the Yanks let him go to the for a very handsome $96,000 purchase price.
Borowy went 11-2 for the Cubs helping propel them past the Cardinals by 3 games at the end of the season. Between Borowy, Claude Passeau and Phil Cavaretta (the league's MVP), the Cubs won 98 games that year.
Over in the American league, the war effort was still having an impact on the pennant races. The Tigers benefitted from the conclusion of  Hank Greenburg's service. The first baseman hit             in 78 games upon his return from the campaign in , and helped Hal Newhouser and the rest of the Tigers to an 88 win season, besting the Washington Senators by a game and a half.

The Cubs won 2 of the 3 games played at 's Briggs Stadium, including Hank Borowy's 9-0 victory in Game 1 over MVP Hal Newhouser, and Claude Passeau's one-hit complete game shutout over Stubby Overmire in Game 3.
The Tigers won 3 of the next 4 played at Wrigley Field, Newhouser besting Borowy in games 5 and 7.
There were many sportswriters at the time that consider this Series one of the worst ever played, owing to the lack of true star power because of the war effort. Hank Greenburg hit the only 2 homers for the Tigers in the Series.
In an interesting piece of trivia, Hank Borowy is the last pitcher to win a World Series game for the Cubs, getting the win in a twelve inning Game 6, at Wrigley.

So in analyzing the regular season performances, the overall pitching rankings, which coincide in rankings to their performance compared to the rest of the league were: 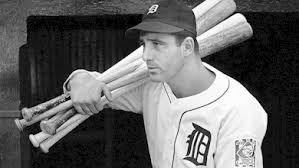 The abundance of Reds on the offensive side plays out, since the Reds had the second most potent offense, and the second worse pitching staff in the league. 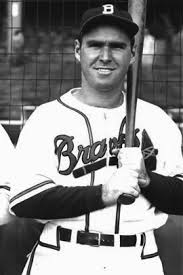 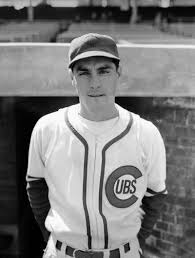 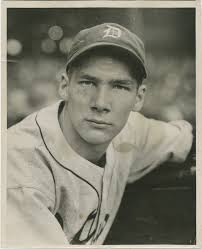 The misunderstood star referenced in the title concerns Canadian Jeff Heath, of the Cleveland Indians. Heath's slash lines were 15/61/.305 with 60 runs in 103 games played. This is the second reference to Mr. Heath made in this blog, as he had a underrated year in 1941 as well, far overshadowed by Joe DiMaggio and Ted Williams. His production was hampered by a holdout until early June.
Misunderstood inasmuch as he was blamed for the Indian team 'uprising' in 1940, his second full season in the major leagues. In 1939, his rookie season, he went 12/112/.343 with 104 runs scored, one of the more impressive debuts of that era. His production dropped in 1940, following his first holdout, he rebounded in 1941 to hit 24/120/.340 with 89 runs scored. In fact, he was the first American League player to hit 20 or more doubles, triples and home runs in the same season that year.
He was by accounts moody, and quirky, and prone to bursts of violent temper. He had the markings of a Hall of Famer early in his career, but wasn't able to provide the consistency that would keep him in the upper echelon of the baseball elites.
He rebounded (and matured) in 1948 when at age 33, he hit 20/76/.319 and almost made it to the World Series that year, only to badly break his ankle during the last week of the season.
He retired with a very respectable .293 batting average, with 194 career homers. 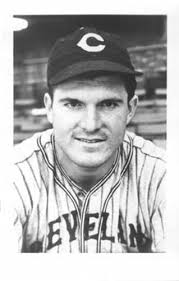 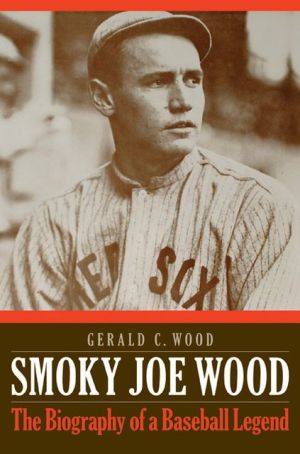 Posted by Baseball Mike at 7:00 PM