The 1950 , Phillies, or 'The Whiz Kids", as they had known to be called, won the National League pennant for the first time since 1915. Prior to that, they had never finished in first place.
Essentially, 33 years before the first pennant, 35 years to the second, and then 30 years to the third National League championship, and eventually their first World Championship, in 1980.
Recent history has them being a little more successful in their pennant hopes,  winning the Series in 2008, only to lose it again in the following season.

But that 1950 season is worth looking at, for a few reasons.

First of all, the Post Season awards were intriguing.

The National League MVP was Jim Konstanty of the Whiz Kids. He set a league record by appearing in more games that season, 74. He also had another national League record of 22 saves to his credit. (saves were not an official statistic as of yet), besting the 7 he had in the previous year.

The league pitching averages for both leagues were low, with the NL's 1.3170 besting the 's 1.1739. Why is this? Good question, and a great one for all the ages. Was it bad pitching, or good hitting. More bad pitching than good hitting? Why is the pitching mark so low? Was it because they had to face Berra, DiMaggio and Ted Williams? Or was it, as the above table shows, the lack of quality pitching in the that year?
But the NL mark is much better, and those pitchers had to face Kiner, Musial, Hodges and Jackie Robinson. Of that table above, 3 of the pitchers are Hall of Famers, and two were 300 game winners. But two of the Hall of Famers are from the NL.
Personally, I think it was just a bad year for American League pitchers, combined with the talent laden American League lineups.

So, when we look at the performances against their respective leagues, the top performers in each league were:

Then, when we look at performance against their team's average, a number that helps players on bad teams, the breakdown is as follows:

Hearn would have been 2nd, and Ford 3rd, if they'd qualified, in theory at least.
Then, combining these two numbers across the board, the results are:
NL

But, let's not stop there, shall we. We'll look at these player's performances against their league's power rankings, and see what that may tell us. The power ranking is an average of the offensive numbers and the pitching numbers, and are a good way to measure a well balanced team.
In 1950, the teams with the best Power Rankings were

No surprises there as the 4 American League teams represented each won at least 92 games that year, while the Phillies were the only National League team to crack the 90 win mark, getting 91.  But comparing the pitchers against their team's 'Power Number" gives us this ranking:
1.      Ewell Blackwell
2.      Preacher Roe
3.      Warren Spahn
4.      Don Newcombe
5.      Larry Jansen

The highest ranking pitcher was Ned Garver of the St. Louis Browns, who came in at seventeenth place. Konstanty was twentieth overall.

Now, in the American league, with a very top-heavy standings, 4 ninety game winners, the Most Valuable Player for the season was Phil Rizzuto of the Yankees. In reality, he may not have been the best player in the league. He may not have been in the top three Italian-American players on the Yankees that year (Berra, DiMaggio and Raschi are tough competitors in this respect). So we'll disect those numbers in a minute.

The hardest part about comparing players of this ear and earlier, is the lack of hard, concrete numbers dealing with a player's fielding prowess. Sure, a fielder may led the league in fielding percentage, but is that a true gauge of their range? On outfielder with a powerful, accurate throwing arm will not garner as many outfield assists as a perceived weaker armed outfielder.
A middle infielder who's quicker on their feet than another may get 200 more fielding chances in a season than a slower player, and may make 3 errors in those 200 chances, and lose the fielding percentage race by hundreds of a percent, through no fault of his own.
That is true across all eras, but more so in the pre-video days, when films are not as plentiful and not every game was recorded or filmed for future review like it is today. So we need to rely on anecdotal evidence.
Scooter Rizzuto, the pride of was regarded as one of the top fielding shortstops of his day. Offensively, not spectacular, but he does hold the distinction of being the only MVP in either league to lead the league in sacrifice bunts. So there's that.
So, before we delve into numbers, a brief qualifier to note...Ted Williams broke his arm in the All-Star Game, and missed the second half of the season. In fact, the break was so severe that he considered retiring after the season, with the fear that he wouldn't be able to hit, so while his numbers were superb, he didn't qualify for any of the statistical categories that he excelled in normally.
What effect did that have on the Red Sox pennant aspirations? Well, the Red Sox finished with the highest league lead in batting average, runs scored, runs created, slugging and on base percentages, doubles and runs per game. So it's hard to imagine Teddy Ballgame's impact not improving on those numbers, and that the Sox may have been able to squeak past the Yankees for the AL Crown.

Also, Red Sox utility player Billy Goodman won the American League batting crown, appearing in 110 games, and garnering 424 official at-bats. During this era, the qualifications for the batting championship required a player to have a minimum of 2.6 official at-bats per each game that his team was scheduled for, or roughly 400 at-bats. (Modern day, the qualifications are 3.1 plate appearances per scheduled game, roughly 502 plate appearances) At the time, there was some contention about his winning the crown, but as you can see, he did legitimately qualify, given the parameters of the time.

So, let's look at the overall numbers, the total number before any filters or anything, adding Ted Williams as a reference:

And then looking at numbers against their team average, the numbers reflect the strength of the hitters against the lesser numbers of the NL teams. Whether this is a result of stronger NL pitching or not, but I won't dwell on that right now.

Now, a new thing to look at, I am going to list the top producers in runs created. Runs created is the biggest part of my formula, since a team wins games by scoring runs, and obviously the more runs a player creates, or is responsible for, the better their teams chances for getting wins, which is the point of playing the game to begin with.

The interesting thing is how these numbers are reflected in the standings in 1950. The Phillies with just one offensive player on these lists, and two top pitchers atop those standings. And the Yankees very well represented on the offensive lists and the pitching lists as well.

The final standings for the leagues were:

So...the Pirates...Ralph Kiner, who ranks high in all these categories follows the old baseball adage, "We could've finished last without you." However, that shouldn't take away from the fact that he had a great season.

All of the above players had fantastic seasons, and would have been among the league leaders in any season. Looking at these raw numbers, not adding any of the filters, these easily represent the top players in both leagues.
Without looking at the players or their teams, and just judging by these offensive numbers, if I were to pick one of these as my most valuable, or the top offensive player, number 5 would have my vote. The RC/G is runs created per game and this player, of these 5, has the best runs created, once again, the crux of what makes wins. That player, in this sample, is Walt Dropo, who was the AL Rookie of the Year that year.

That's who I would have voted for in each league. 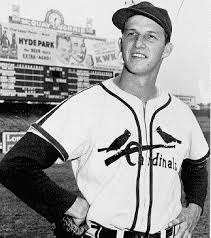 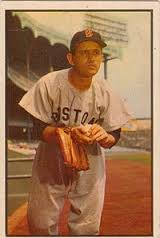 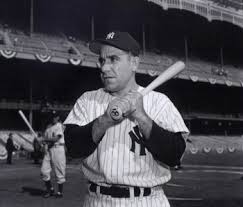 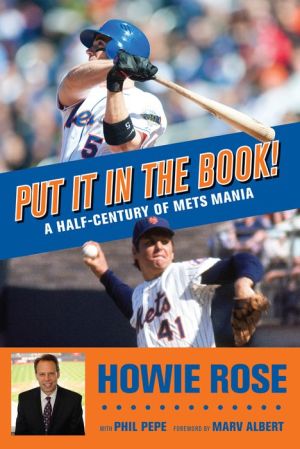 Posted by Baseball Mike at 9:29 AM