As a baseball fan, I look back at the 1994 season in embarrassment. The strike season, the real deal, where hardball playing by both sides led to the cancellation of the World Series for the first time. (The 1904 Series wasn't played because Giants Manager John McGraw didn't think of the American League as a worthy opponent, but this was back before there was a baseball commissioner, and TV money, to dictate what happened)
Historic numbers were being encroached upon, Matt Williams was on pace to hit 60+ homers, Greg Maddux was going for his 3rd straight 20 win season (he finished with 16, and then 19 in a shortened 1995 season and would have easily done it in 5 straight seasons, Tony Gwynn finished with a .394 batting average, the highest since Ted Williams and the magical 1941 season. The Expos (now Nationals) were essentially running away with the NL East crown, and the Yankees the AL East.
It was when fans began really wondering if there were players using steroids, beyond the suppositions of the Bash Brothers doing so. Albert Belle was accused of using some sort of performance enhancing product on more than one occasion that season.
It is easy to lay blame on the broken season, owners, players, unions, league officials; they all share equal culpability for the lost season. But ultimately, it leaves a huge black mark on the legacy of then interim commissioner Bud Selig, and has had a ripple that is still being felt today, as there is no baseball in , still no .400 hitter.
Now, another Giant holds the homerun record.
Expansion happened again in 1993, adding teams in Florida and Colorado, but  1994 introduced expanding the leagues into three logically regional divisions (Atlanta moving from the West to the East), adding a wild card team for the post-season that wasn't to be.

But, it should be noted, that it was also the LAST work stoppage in Major League Baseball.  Lessons learned? Maybe. Then there was the post-strike issues, possible juiced baseballs, definitely juiced players...so let's just look at what happened on the field, shall we.

In the NL, as I mentioned earlier, there were some excellent performances, some of them had the possibility of being historic. The NL East leader was the Expos, 6 games ahead of the Braves, who were in the wild card spot. The Reds and Dodgers led the other divisions.
Future Hall of Famer Greg Maddux was in the midst of a very impressive run, the middle year of a three year run in which he won 55 games in 89 starts, and had a combined ERA of 1.90. In 1994 he was 16-6 1.56, winning the Cy Young and finishing 5th in MVP voting. His 1.56 ERA is the lowest since Dwight Gooden's 1.53 as a twenty year old in 1985.
Future hall of Famer Tony Gwynn was on a tear, and finished with his career best .394, the best average since Brett's .390 in 1980. He was the bright spot on a dismal Padres team, which had the worst record in the NL at the time of the break.
Jeff Bagwell also posted some very impressive numbers overall, (39 116 .368) and kept the Astros within a half game of the division leading Reds.
And then there's Matt Williams. On pace to hit 62 homers, he finished at 43 96 .267. And had the very odd stat line that had just 16 doubles. Batting ahead of Barry Bonds most of the season, it is possible that he would have made a big run at Roger Maris' mark of 61 dingers. Of course, without dealing with the 'dog days' or that massive media crush that would have followed him every step of the way if he was close in September, but we'll never know.

So, to the stats...and some surprising names:

Now, as this blog project is a living breathing document, and I am always tinkering with formulas, I have made an adjustment to the way I figure value. Essentially, I take the numbers for each of the above categories, and average them, giving me yet another number that helps me to ascertain an even better overall gauge of performance. that being said, the top NL performers are as follows, along with their actual stats:

The American League offense was fueled by Frank Thomas, who was the MVP, Albert Belle and Ken Griffey Jr. The pitching leaders were Cy Young winner David Cone, Randy Johnson and Roger Clemens.
The Yankees were pacing the rest of the league, running at a .619 Winning Percentage, six and a half games over the second place Blue Jays. The Indians and White Sox were neck and neck in the newly formed AL Central, with holding a one game lead. And in the West, was on top of a weak division, in first place despite being ten games under .500.
Griffey, with a struggling Seattle team, was on pace to hit 58 homers at the stoppage of play, and with Randy Johnson having a very good season for a very bad team, it's safe to say that Seattle would have made a very strong push in August and September, and could have made the playoffs. But it's easy to say and impossible to prove.
So for the , here's what it looked like, very pitching heavy in the , surprisingly

Post season awards were given to Frank Thomas and David Cone.

So, while there were historical offensive possibilities, the best player in each league was a pitcher. 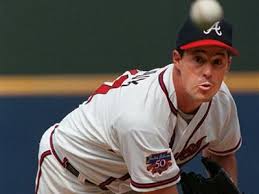 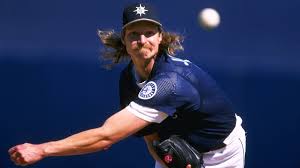 This is a phenomenal book about a mediocre ballplayer, but an important one nonetheless... 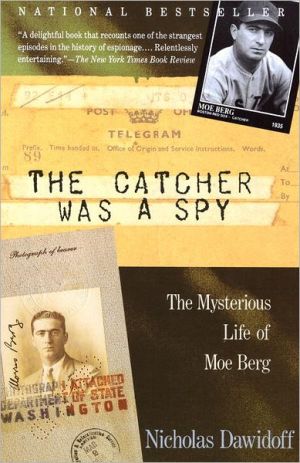 Posted by Baseball Mike at 4:44 PM