1973 seemed to be a season where no team wanted to win.
Okay. that's not true.
The National League East was the division that had the tightest race, going down to the last day of the season, and then some, before crowning a winner.
The American League races were pretty tame, with the Orioles and A's winning their respective divisional crowns. The Orioles finding first place for good in early August coasted to an eight game win over the Boston Red Sox; The defending World Champion A's held off the charging young Kansas City Royals by six games, leading the division from August 16th.
Over in the National League, the Big Red Machine was getting into gear, but were still able to repeat as NL West Champions, hitting first place on Labor Day, and holding off the Dodgers to win by three and a half games.
Which brings us to my beloved Mets. On August 30th, they were in last place in the division, but just six and a half games back at that point. They had been as far back as twelve games in July. The "Ya Gotta Believe" team, about which manager Yogi Berra philosophized "It ain't over 'til its over" went on a tear, winning twenty-one of their last thirty to claim the pennant on a rainy afternoon at Wrigley Field, where the Mets and Cubs were scheduled to play a make up doubleheader. (The Mets won the first game negating the need for the second game)
Led by Tom Seaver in his Cy Young season, the Mets won eighty-two games that year, and thanks to divisional play, made the playoffs and then the World Series. The Mets, who coincidentally were the first ever National League East champions in 1969, would have finished in no better than fourth place if the divisional play had not been instituted.
Pitching was a bit more prevalent in the National League at the time, which led to the American League's instituting the Designated Hitter rule for the 1973 season. (Hello, Ron Blomberg) The pitcher's that dominated this year pretty much dominated the entirety of the '70s. Jim Palmer, Steve Carlton, Nolan Ryan all had very good seasons. No really substantial offensive numbers happened this year. Rod Carew won the batting title by hitting .350, forty-four points above the next runner-up (George "Boomer" Scott and Tommy Davis both hit .306) No American Leaguer scored more than one hundred runs that year, Reggie Jackson led with ninety-nine. But the A's did have four players that scored eighty-nine or more.
Nolan Ryan set the record for strikeouts, three hundred eighty-three, while pitching the first two no-hitters of his career. There were eleven pitchers in the that won twenty or more games, Wilbur Wood paced the league with twenty-four. But this isn't uncommon. There were quite a few pitchers that were still able to pitch three hundred or more innings.
The National League did have a better year offensively.
The "Launching Pad" that was 's Fulton County Stadium hosted the first ever trio of forty home run teammates (Hank Aaron, Darrell Evans and Davey Johnson. Evans would be the first to hit forty homers in both leagues topping that mark with the Tigers in 1984 as well)
Willie (not yet "Pops") Stargell collected a .646 Slugging Percentage while hitting forty-four homers and driving in one hundred nineteen runs. In fact, there were seven National Leaguers that scored one hundred runs or more. Two unlikely players, from the same unlikely team, led the NL in On Base Percentage. Ron Fairly was at .422 just behind Expo teammate Ken Singleton's .425.
None of the NL pitchers logged more than three hundred innings, and Cy Young Award winner Tom Seaver led the league with a 2.08 ERA. Only lefty Ron Bryant of the Giants was able to notch twenty wins that season.

As I mentioned before, the Mets made it to the World Series, beating the Reds on the National League Championship Series three games to two, in a Series that is probably most remembered for the fight between Bud Harrelson and Pete Rose at second base.
The A's dispatched the Orioles handily in the American League Series three ganes to two, setting up the Mets-A's Series and the last post-season appearance of the great Willie Mays. The "Say Hey Kid' was at the end of his playing days, and was relegated to just a handful of appearances in the post-season. His final season numbers are nothing of note.
The other thing that seems to have endured in memories from the 1973 World Series involved A's second baseman Dick Green. <

In something that I will cover at a later date, I was able to meet and have a few conversations with a baseball lifer named Vern Hoscheit. Among the many jobs that Vern held in baseball was bullpen coach for the A's during the early 1970's.
Charley O. Finley purchased the Athletics franchise while they were still in . Through many trials and tribulations, he moved the team to for the 1968 season, prompting U.S. Senator Stuart Symington of in an appeal to AL President Joe Cronin, to pronounce that " is the luckiest city since ".
Charley Finley wanted a winning team, and a winning situation, and despite his reputation as a tightwad, could be very generous to his players. But Charley was Charley.
Vern told me a story of the day in 1971 that the A's won their one-hundreth game of the season, that Charley had placed a one hundred dollar bill in each and every locker after the game. When they won the hundred and first game, there was a one dollar bill in each locker.
The A's won the World Series in 1972, beating the A's in a classic match-up of pitching, power and strategy, including a phantom intentional walk to Johnny Bench. The A's Championship ring was by all accounts, gorgeous. Standard gold with a kelly green stone, diamond inlaid in the center, in the shape of a baseball diamond, and Charley's famous equation etched on the side S+S=S. (Sweat + Sacrifice = Success)
At the beginning of the 1973 season, as Finley was distributing the rings, he said something to the effect of 'win this year guys, and I'll make this ring look like a dime store ring'.
After Dick Green made two errors in the playoffs, he made his third of the post-season in Game 4, Finley essentially tried to 'fire' Green and replace him on the roster with rookie second baseman Manny Trillo. The Mets protested, rightly so, and the A's tried to get Green to admit to a physical ailment. Commissioner Bowie Kuhn got involved, as he often did with Finley and his antics, and decreed that essentially, the roster was set before the series. If Green was injured, that was unfortunate, but Trillo, or any other player could not be added to the post-season roster.
As the Series played out, and the A's won their second of three consecutive titles, the bitterness that Finley had over the Dick Green situation, combined with several other factors, including manager Dick Williams resigning at the conclusion of the Series, the Yankees signing of Williams, and the maelstrom that created, when World Series Ring time came around, the gaudiness was also gone. The 1973 A's World Series ring, while still impressive, was essentially a generic championship ring.
He did make up for it in 1974 though.

So, on to the season's performances. 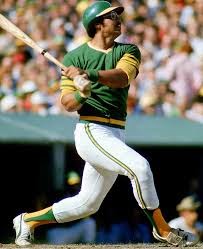 Since the voters were kind enough to vote for 2 pitchers in the top, I will include them in one list as well. Again, comparing them to the league average performance, the top 10 from the in 1973 were:
Reggie Jackson
Jim Palmer
Reggie Smith
George Scott
John Hiller
John Mayberry
Thurman Munson
Rod Carew
Carl Yastrzemski
Amos Otis

So as far as the best player in the league, the voters got it right. 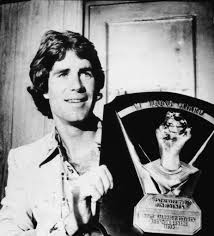 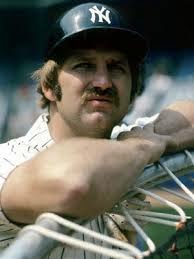 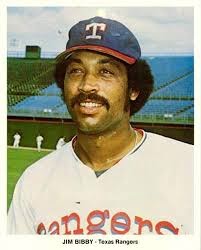 Bibby is perplexing here, after coning over from St. Louis, his numbers on the face were not that strong, but when you factor in the 9 wins for a team that only won forty-eight more, they kinda make sense. Remember, these number are measured against his team, and his performance above the team average.

Over in the National League, their voting results were: 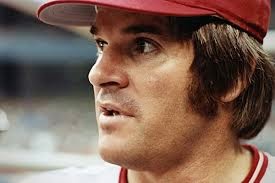 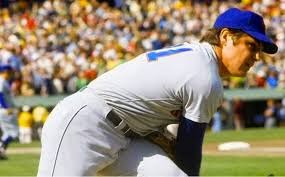 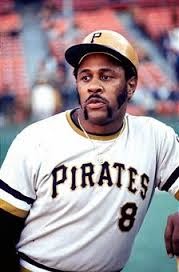 Stargell was easily to most dominant player in the league, leading in homers and RBI. Remember this was a Pirates team that was reeling from the loss of Roberto Clemente in the off-season. This team was the the beginnings of the "We Are Family" championship team of 1979. 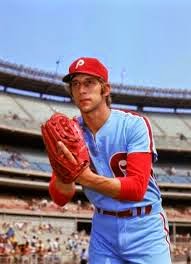 Twitchell is one that never really lived up to his promise As you can see from his low ERA, he could really pitch. He was one that bounced around to a few organization, but never really landing anywhere until he got to Philly. 1973 was his best season.

So there you have it, the 1973 season review, or as I see it forty-two years later.

Posted by Baseball Mike at 6:32 PM