(When I originally posted this, I had only worked on the American League side, and only the hitting. This is a more complete ranking, with both leagues involved, as well as adding the pitching. As this blog and formula  is constantly changing, I had not yet had a legitimate way of ranking the pitching performances, but that has changed since.)

One of the reasons I finally started this project was to figure out some of the historic performances and how they compare to modern day figures. To find a reliable statistical norm that is a continual formula that can measure true worth and value and compare those to the norm for each season

One of the joys of baseball, or most other sports, is the argument over best players, greats at this, greatest at that, etc. My formula just adds fuel to the fire and may agree with your argument or contradict it. But hopefully will regenerate some interest. Ultimately, I plan to reveal the best single season offensive performance here.

Now it is worth noting that in this era, post season awards are voted on by the sportswriters. No knock on them, but they do get things wrong. Sometimes horribly wrong. Sometimes, justifiably wrong. They are human, and as such, can be vindictive. I bring this up because of the 1941 American League season.

Before we get into the analysis, let's look at some of the significant historical events of 1941. Of course, it would be the last season before the United States entered into World War II. But the military was active in drafting players in advance of that.

Pitcher Hugh “Losing Pitcher” Mulcahy would be the first major league player drafted into the military for World War II. He was drafted in March of 1941 and would serve four years in the Army. He earned his unfortunate nickname mainly due to the fact that in eight seasons, he never had more wins than losses. He was an All-Star in 1940, a season that had him lose 22 games. 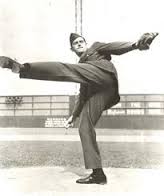 Tigers great Hank Greenberg was also drafted, in May of that year. Hank, who was reportedly earning $55,000 per season for the Tigers, was now earning $21 per month for the Army. He would be discharged later in 1941 because of a change in the law releasing men over twenty-eight from duty. 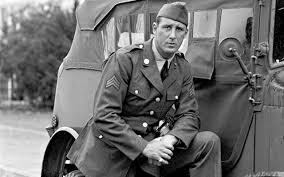 Then Pearl Harbor happened. The attack was on December 7th, and the thirty-year-old Greenberg re-enlisted on December 9th. He would serve 3 and a half years in the army.

On to the field of play, the Dodgers and Cardinals had some bad blood brewing between the two, and as a result, there were a couple of bean-ball issues between them. It had gotten so that the Dodgers became the first team to use protective batting helmets to protect themselves.

Mel Ott of the Giants would become the first National League player to reach 400 career home runs. (He would also be the first to 500, finishing at 511). 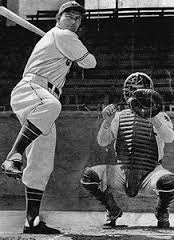 Lefty Grove of the Red Sox would win his 300th game. He would retire at the end of the season, having lost just 141 games, the lowest ever by a 300-game winner. Included in that win total was a record twenty straight home wins, dating back to 1938. 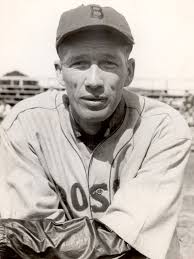 The Chicago Cubs, not really known for their innovations, became the first team to add an organist to play during breaks in the action. The rest of the teams would follow suit eventually.

The perplexing St. Louis Browns finished at 70-84 for the season, 31 games out of first place, but they had the fifth highest batting average. They just could not score runs. They set the Major League record (that still stands) of leaving 1,334 runners on base.

On May 15th, the Yankees were 14-15 after a 13-1 loss to the White Sox. Center-fielder Joe DiMaggio singled in a 13-1 loss. He would then go on to get a hit in the next 55 consecutive games, the streak ending in Cleveland on July 17th. Joltin' Joe hit .408 during the streak, scored 56 runs and had 55 runs batted in. And he struck out just seven times during the two-month span. 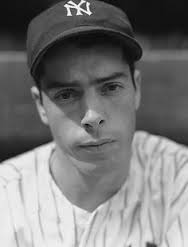 More importantly, the Yankees played at a .759 clip, winning 41 games, and propelling them to the American League pennant by 17 games over the Red Sox. 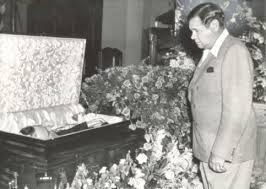 With all of the headlines being garnered in the American League, the National League did still play their season as well. Not as many headlines from the Senior Circuit, but some noteworthy performances as such. Most notably twenty-year-old St. Louis Cardinals rookie Stan Musial, who hit .426 in just twelve games. 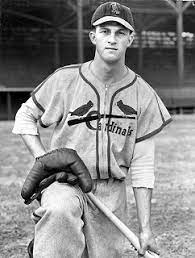 On to the season at hand. The Yankees returned to the World Series in 1941, after finishing send to the Tigers in 1939. They faced the Brooklyn Dodgers, making their first World Series since the 1920 Brooklyn Robins lost to the Cleveland Indians 5 games to 2.

The Yankees would win the 1941 Series 4 games to 1, giving the Yankees their ninth World Championship.

The power rankings for 1941 bears this out, as the top 5 teams in the Majors were:

Let's look at the little talked about American League pitching first, shall we?

First, their overall numbers, our top ten looks like this:

Combining the numbers and crunching them gives a final top ten ranking of:

Now looking at the National League pitchers, the top performers:

And against their team averages, we get this list:

Combining, we get these top pitching performers in the National League:

Okay, so now onto the offensive rankings.

We will build excitement by highlighting the National League first. Overall rankings, including Runs Created per Game (R/G) rankings:

So, getting to our overall rankings, our top ten National League hitters were:

Now before we get to the American League, a little background may be needed.

Most people know that in 1941 twenty-three-year-old Ted Williams, in just his third big league season, was the last player to hit .400. And most should know that he was at .3999 going into the last day of the season. And that he could have sat out and had his average rounded to .400. And that he played both games of a doubleheader (yes youngsters, a star playing in both games of a doubleheader, one game right after the other, not one of these newfangled day/night deals. AND since the Yankees had clinched the league title a week before, both games of the twin-bill were essentially meaningless). And that he went 6 for 8 to finish the season at .406.

With all that, he was not voted the Most Valuable Player that season.

Williams finished second to DiMaggio. There were 24 voters then, DiMaggio got 15 first place votes, and Williams got 8.

Travesty? Maybe. The Yankees did win the pennant that year by 17 games, so maybe the reasoning for DiMaggio winning the popularity contest.

Or was it the publicity all season. Remember that summer, DiMaggio captivated the nation with his 56-game hitting streak. So that may have carried him to the MVP, being the one thing that everyone talked about.

It is also known that Williams was not a fan of the sportswriters, nor were they fans of him. And since they were the ones that had the vote, many voted against him for one reason or another.

Looking further at the Yankees and Red Sox from 1941, both stars had a fairly good supporting cast, advantage Ted Williams on that front. Williams also had a lineup that featured future Hall of Famers Jimmie Foxx, Joe Cronin, and Bobby Doerr, with support from Jim Tabor. While DiMaggio's lineup featured a vastly underrated Charlie Keller and Hall of Famers Bill Dickey and Joe Gordon.

The argument could then be made as the Most VALUABLE Player, DiMaggio did more for the Yankees. Joe was responsible for 15.2% of the Red Sox' runs that year, compared to Teddy Ballgame's 14.6%.

But there is another player whom you probably are not familiar with, who had an extremely good season for a team that did not finish in the money. Jeff Heath. He finished 8th in the MVP voting that year, but offensively had a very, very productive season. Quite possibly, his numbers may have won him an award in any other season of that decade, but as it was, he had the 5th best raw number that season, comparing his number to the league average.

In crunching the numbers, the final rankings come in as follows:

So it goes back to one's interpretation of the term "Most Valuable" player. Williams had by far the best season, but didn't make the post-season. DiMaggio  had a great season as well, and did play in October, but would the Yankees have made it without his help? And where would the second place Red Sox have finished without Williams in the middle of their lineup every day? 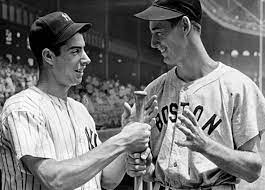 This is where the debates rage on. In my opinion, Williams was the player of the year, beyond a doubt. But was he most valuable? With apologies to Mr. DiMaggio, I believe so.

o sum up, if I were to have voted in 1941, and I was voting for Pitcher and Player of the league for each league, my votes would have been: 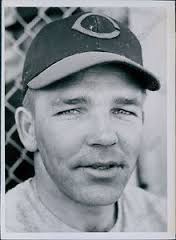 NL player of the year 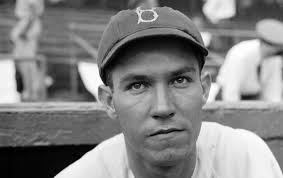 NL Offensive Player of the Year 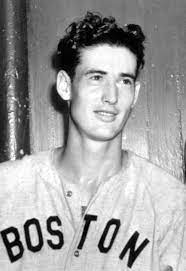 AL Player of the Year

AL Pitcher of the Year

Posted by Baseball Mike at 8:36 AM