The 1928 pre-season heavily favored the offensive Juggernaut that was the Yankees. Known as “Murderer’s Row” for their dangerously potent line-up, there was no reason to think that they would not, once again, run away with the pennant.
They did.
But they did survive a scare from the upstart Philadelphia Athletics, who went on a 25-8 run in late summer. There was a double-header showdown on September 7th in New York. A record crowd of 85,264 witnessed the Yankees sweep the A’s and propel themselves to the pennant.
Philadelphia utilized a mix of young talent and cagey veterans to garner a second-place finish. There starting line-up, at times, would feature six future Hall of Famers. (Ty Cobb, Eddie Collins, Tris Speaker, Jimmie Foxx, Al Simmons and Mickey Cochrane) Seven, if Lefty Grove were pitching.
The Yankees, whose team was also stacked with many All-Time greats, would go on to face the Cardinals in the Series, and avenge their 1926 loss by sweeping St. Louis. Babe Ruth wound up with a .625 batting average for the Series, a record that would stand until Billy Hatcher hit .750 in 1990. Not to be outdone, Lou Gehrig would hit .545, and collect a 1.727 Slugging Percentage. Gehrig's Slugging Percentage mark remains the record today.
The Yankees would be the first team to win eight consecutive World Series games, and the first to sweep two consecutive World Series'.
Offense continue to ramp up throughout the majors, especially home runs. Whether it was a situation with weaker pitching, combined with better hitters, is a philosophical question that we will never really know the answer to. I tend to believe that it was the hitters themselves.
If you look at the pitching rolls for 1928, there really isn’t a standout Hall of Fame type pitcher, except for Grove and Pete Alexander, who was forty-one years old. There was Carl Hubbell and Mel Harder, who were both beginning their careers. Burleigh Grimes, Eppa Rixey, Jack Quinn who were all at the tail end of theirs. But not a lot of top tier talent between them.
Adequate? Yes, but not stellar. Not ones that could handle Babe Ruth Jimmie Foxx, Goose Goslin or Rogers Hornsby well over the length of a season. My formula has the hitters overall with a 16.9% statistical advantage over the pitchers, with the AL hitters posting a 19.1% edge over AL pitchers.
No. I would say that during this era the offense was ramping up because of the talent of the hitters.
The team offensive rankings were:

But speaking of Jack Quinn. While his may be a very Irish sounding name, he was not Irish at all. Or Scottish. Or even Welsh. He was born in what is now modern-day Slovakia, the only Major Leaguer to hail from there. He moved to the States as a toddler and lived in eastern Pennsylvania.
He labored as a blacksmith and enjoyed swimming in his youth. Fate befell young Joannes Pajkos, who would later become Mr. Quinn, when he attended a semi-pro baseball game in Connellsville, Pennsylvania.
An errant ball went into the stands, and as was the custom of the day, the ball was returned to the field of play. Young Joannes, who was fourteen years-old, threw the ball from the stands to the catcher. He did so with such power and precision that the manager of the visiting Dunbar team offered him a contract on the spot.
His baseball career would last until he was fifty years old, and in the process established many age-related records. He pitched in four different decades. He held the record (since broken) for being the oldest pitcher to gain a win (broken by Jamie Moyer) and the oldest player to hit a home run (broken by Julio Franco). He remains the oldest pitcher to start a World Series game.
During his playing career, he was a teammate to thirty-one Hall of Famers. 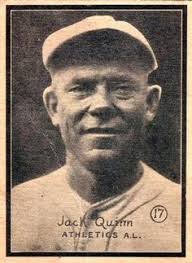 Another pitcher I wanted to mention, mainly because of his name, was Alvin “General” Crowder.
Alvin was not really a General. He earned the nickname based on another General Crowder, who instituted the draft lottery for World War I. While not related to the General, Alvin did serve three years in the Army, spending eleven months in Siberia, and spending time in the Philippines.
It was during his time in the South Pacific that Alvin learned how to play baseball. And, he learned well. While he didn’t make his major league debut until he was twenty-seven, Crowder was an above average pitcher. He won twenty games on three occasions and was selected for the first ever All-Star Game in 1933.
He was also a very good fielder. He made his last error in 1932 and retired in 1936. 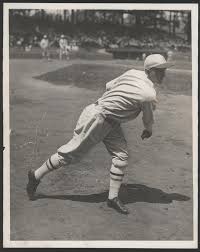 Getting back to our season, review, our team pitching rankings were:

While not pertinent to the 1928 season, at the League Meetings in December, National League President John Heydler proposed instituting a ‘tenth regular’ into lineups. Convinced that paying fans didn’t like seeing weak hitting pitchers bat, his idea was to have a batter hit in place of the pitcher. The first designated hitter.
Surprisingly, he got the full support of the National League owners but was unable to convince the American League owners of the ideas merit. So, the idea was tabled for future review.

And not necessarily baseball related, but I bring it up because of the huge shadow he cast over the game, Arnold Rothstein died.
Rothstein was the alleged money man behind the 1919 World Series betting scandal that rocked baseball to its core. Some reports place him as the mastermind, while others put him after the fact, but responsible for a large amount of monies being wagered. And was also alleged that Rothstein paid $10,000 in cash for the signed confessions of the White Sox players that ‘disappeared’ from the evidence lockers.
Rothstein allegedly placed a $600,000 bet on Herbert Hoover to beat Al Smith in the presidential election and won. Without knowing what odds he got, it is safe to say that he was owed a huge fortune, which he would need. According to legend, he had quickly lost over $300,000 during a marathon poker session at the Park Central Hotel in New York.  As is the case with crimes of this sort, details are sketchy, varied and very hard to verify. What is known is that Rothstein was shot, and would succumb to his wounds two days later, never revealing who shot him. 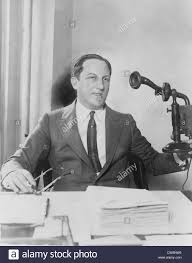 Among suspects, real or imagined include Dutch Shultz, Titanic Thompson, Hyman Biller and George “Hump” McManus. McManus was arrested, charged and later acquitted due to lack of evidence. Biller was allegedly a contract killer, who fled to Cuba immediately after the incident.
But on to lighter things of note that happened during the 1928 season.
First, our overall power rankings were as follows:

The Phillies and Cardinals established an unusual record that will be hard to be topped. The Cardinals won a 2-1 contest, in which all three runs were scored on pinch-hit home runs.
St. Louis won twenty-five games in September to propel them to the National League pennant.
Chick Hafey became the first player to wear glasses. 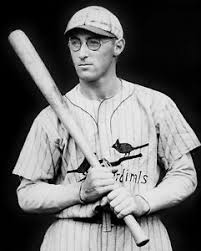 Sunny Jim Bottomley, who would be named National League Most Valuable Player, was the first player to hit 40 doubles, 29 triples and 20 homers in a season. It has been done just once more, by George Brett in 1979. 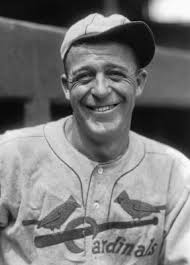 He was the third to lead the league in homers and triples, which has only been done three times since. Jim Rice in 1978, and Mickey Mantle and Willie Mays who both did it in 1955. 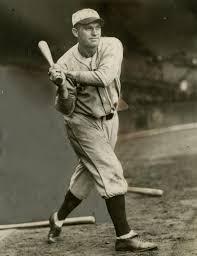 New York Giants third baseman Freddie Lindstrom had 231 hits, a National League record for that position, a record that he would tie in 1930. 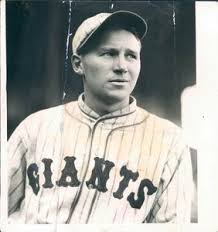 And teammate Bill Terry became the only National Leaguer to hit for the cycle, in which the homer was a Grand Slam. 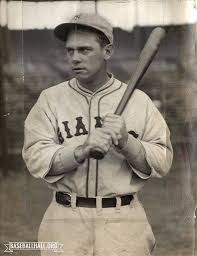 Yankees outfielder Bob Meusel became the first to hit for the cycle three times in his career. Babe Herman and Adrian Beltre are the only others to accomplish this. 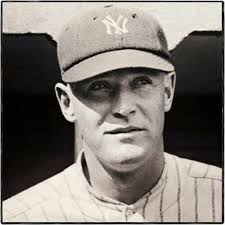 In Brooklyn Dazzy Vance became the oldest National Leaguer to lead the league in strikeouts, a record that would be broken by Steve Carlton in 1983. 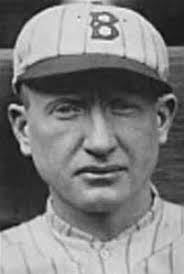 Rookie Del Bissonette was intentionally walked with the bases loaded. It was just the second recorded instance in the twentieth century. And Bissonette was playing in just his sixteenth game. 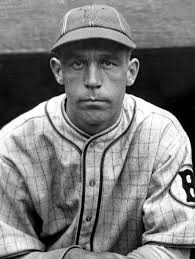 Philadelphia Athletic outfielder Ty Cobb played in his last season, and batted .323, which is the record for a forty-one-year-old. 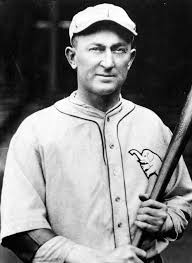 Catcher (and American League Most Valuable Player Award winner) Mickey Cochrane tied the record for most triples hit by a catcher with twelve. 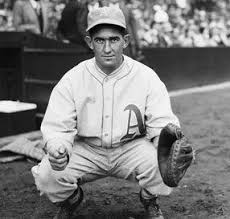 Pitcher Lefty Grove became the first to throw two perfect innings (striking the side out on nine pitches) in the same season. 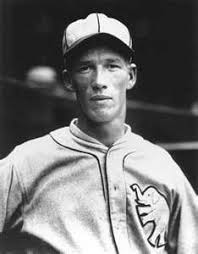 Pirates third-baseman Pie Traynor set the record for the most Runs Batted In by a batter with three home runs or less. Traynor drove in one-hundred twenty-four runs. 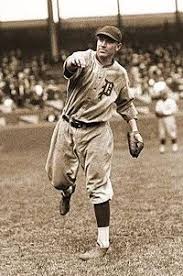 Indians catcher Joe Sewell struck out 9 times in 588 at-bats, or one every 65.3 at-bats. Hard to fathom, especially when one looks at today’s game. However, that is not the record. Not even Sewell’s best. His best was in 1925, when he struck out 4 times in 608 at-bats. Once in 151.3 at bats. Or, one strikeout every month and a half of the season. 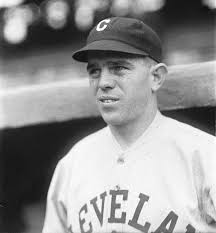 Indians outfielder Sam Langford was the tenth outfielder to earn four assists in a game and has not been done since.

The Philadelphia Phillies, on their way to a 109-loss season, had two different twelve game losing streaks.
The Boston Braves, following a Labor Day rainout, were forced to play nine consecutive doubleheaders.
Pitcher Red Ruffing of the Red Sox tied the record for the most doubles hit by a pitcher (13), tying former Sox Smoky Joe Wood, who established the record in 1912. 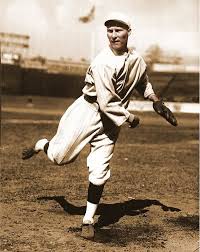 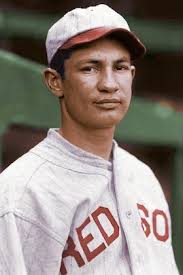 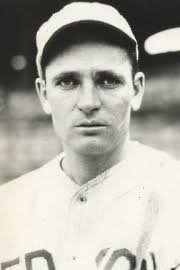 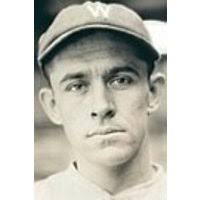 On to the individual performances, starting with the pitchers. Our National League top performers were:

Then as compared to their team performances, we get:

That brings our overall pitching rankings to:

Looking at the American League, that initial top ten list is:

Then, against their team’s averages, we get:

And from this, we get this list of top overall pitching performances:

Switching over to the offensive numbers, our initial National League performances were:

And against their team’s averages, we get:

This would bring our top ten overall hitters to this:

And to the offensive powerhouse American League, our initial list is:

It is important to note that during this time, an American League player that had previously won a League Award, or Most Valuable Player Award essentially, would no longer be eligible to win another. This explains why there were no votes for Ruth or Gehrig.
The overall American League top ten hitters were: 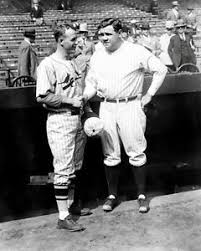 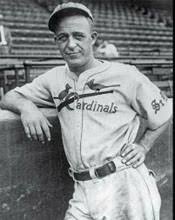 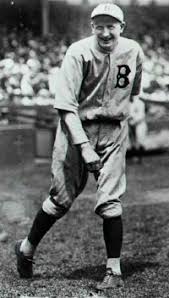 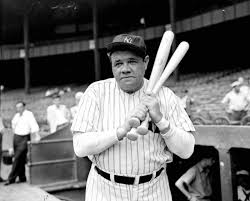 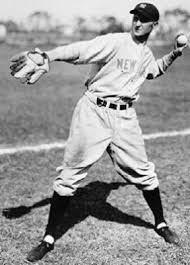 Herb Pennock
Pitcher of the Year