It was a prosperous time for many. Calvin Coolidge was in the White House, and would be re-elected that November. The United States was not at war, people were working (the unemployment rate was at 5%) and the economy was booming.

More than nine and a half million fans passed through the turnstiles in 1924, which seems like a lot, but the reality is that only four teams averaged more than ten thousand spectators per game. The Boston Braves dew just over one hundred thousand, or an average of twenty three hundred per game. Granted, they were a last place team that would lose a hundred games that year.
But, the Washington Senators, who would win the World Series drew five hundred eighty thousand, averaging almost seventy four hundred per game.

The Boston Braves began the season in mourning. Their third baseman, Tony Boeckel, was killed the previous December in an auto accident. Inauspiciously, he is the first major league baseball player to die as a result of a traffic accident.

In other historic baseball feats:

Babe Ruth eclipsed the 40 Home Runs and 200 Hits totals for the third time in his career. 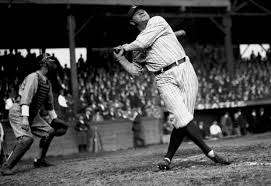 Rogers Hornsby of the Cardinals hit .424, which is still the National League record. He bested Zack Wheat, the runner up by .51, which is also a record. 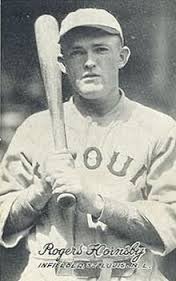 Ike Boone of the Red Sox batted .337, the 8th highest for an American League rookie. 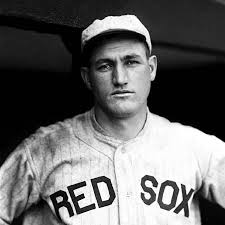 Kiki Cuyler of the Pirates set the National League record of hitting .354 as a rookie. That record would fall to his future teammate Paul Waner in 1927. 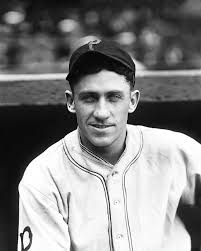 Al Simmons of the A's would hit .308 in his rookie season, beginning a run of 11 straight .300 plus seasons to start a career.

Goose Goslin of the Senators hit 12 Home Runs, while the team totaled just 22 for the season, making Goslin responsible for 55% of his team's Home Run totals, the 4th highest total in American League history. 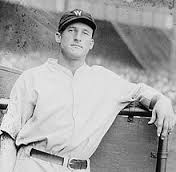 Walter Johnson of the Senators and Dazzy Vance of the Dodgers each won the “Pitching Triple Crown”, which is when a pitcher leads their league in Earned Run Average, Wins and Strikeouts. Vance would be the first National League Pitcher to accomplish this feat, and Johnson's third. It is also the third time that it had been accomplished in both leagues the same year, and it would be the last time until it was done in 2011. 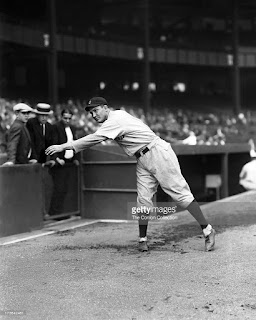 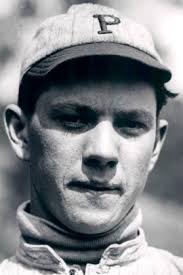 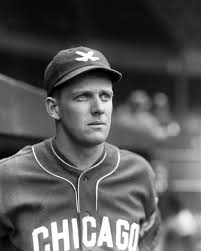 First, in the National League, the New York Giants were one of the teams to average over 10,000 fans per game. They had dominated the National League, and this would be their fourth consecutive National League championship. As a team, they batted .300, and led the league in Runs Scored, Home Runs and Runs per Game. Their offense carried them to a one and a half game lead over the upstart Brooklyn Dodgers.

That mark of .300 is the fifth highest team season batting average in National League history.
The Giants were led by future Hall of Famer Frankie “The Fordham Flash” Frisch, and George “High Pockets” Kelly. 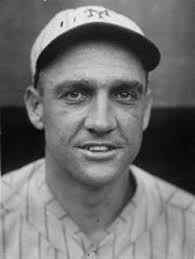 The Washington Senators outlasted the Detroit Tigers and the New York Yankees to win the American league Championship. In doing so, they became the first team to win the World Series after finishing the previous season with a losing record. They were managed by Bucky Harris, who in a totally obscure and random statistic (the kind I like) holds the record for most managerial wins by someone whose astrological sign is Scorpio.

The World Series itself was one of the more exciting, with the Senators winning in seven games. The last game was won by an Earl McNeely single in the bottom of the twelfth to drive in Muddy Ruel with the winning run. Walter Johnson, who came in to pitch in the bottom of the ninth earned his first World Series win, and his only World Championship. (The Senators would lose the 1925 Series to the Pirates)

Of note in the Series, it marked the first time that two pitchers homered during the Series. Rosy Ryan in Game 3 and Jack Bentley in Game 5. Both for the Giants. That feat would not be repeated until 1967.

So let's delve, shall we?

The Power rankings were:

And against their team:

So then factoring everything, we get a final ranking of:

So now to the American League:

And against their team:

Now, on to the offensive side of the game.

Beginning with the National League:

This then brings us the following rankings:

Over in the American League, where the heavy hitter live, we have a bunch of very familiar names populating these lists. The Yankees had individual leaders in just about all of the offensive categories, thanks to babe Ruth. Of course, their first baseman was also able to nab on offensive title. For triples. But it wasn't who you think. It was Wally Pipp, who hit 19 triples. Twenty-one year old Lou Gehrig would play in just ten games in 1924.

But, the initial numbers are:

Then compared to their teams:

Now, as I talked about during the 1912 season recap (and the 1927 article as well), the Chalmers Award was the annual award presented each year, but it didn't last very long. In its absence, each league would present a League Award annually to the best player in each of the leagues. The voting was convoluted, and players who had previously won the award were exempted from further voting.

The League Awards belonged to Walter Johnson and Dazzy Vance. It would be the first time that pitchers were awarded the “most valuable' awards in the same season. Johnson had won a Chalmers Award in 1912, so was till eligible for the League Award. It was Vance's first award.

Now, were I to have voted back then, and imagining that there was no restriction on voting, I would have voted as follows: 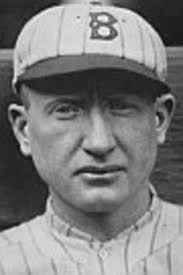 And in the American League: 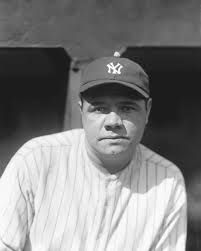 Posted by Baseball Mike at 3:36 PM