The narrative of the 1966 baseball season should really begin in 1965. On December 9th, the Cincinnati Reds traded their former MVP outfielder Frank Robinson to the Baltimore Orioles for three pitchers: Jack Baldschun, Milt Pappas and Dick Simpson. The trade was a gamble by Reds General manager Bill DeWitt, and it didn't work out too well for them.

Robinson would help lead the Orioles to their first World Series championship, and would win the league's MVP Award, becoming the first to win the award in both leagues.

But speaking of triples, Tim McCarver, catcher for the St. Louis Cardinals hit 13 triples in 1966, becoming the first catcher to lead his league in triples. Carlton Fisk would tie for the league lead with 9 in 1972. 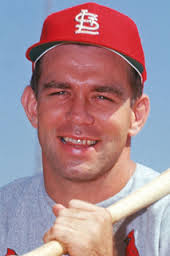 Before the season began, two eminent Dodger pitchers, Sandy Koufax and Don Drysdale jointly held themselves out of Spring Training as a salary negotiation tactic to each get the raises in pay they felt they deserved. They wanted a three-year contract for a reported $1.05million to be divided equally.
They remained held out until March 30th, when Koufax signed for $125,000 and Drysdale for $110,000. Both signed one year deals. It would be Koufax's last contract, as he would retire at the end of the season due to a deteriorating arthritic issue with his pitching elbow. 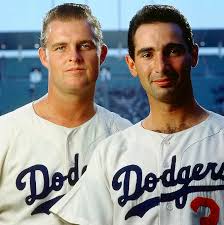 Koufax would be the first pitcher to strike out 300 batters in three different seasons, and the first since Pete Alexander in 1920 to have 3 20-win seasons. He would also win his third Cy Young Award in four seasons.

Tragedy would strike in Detroit in regards to its managers. They started the season with Chuck Dressen at the helm, but he suffered a heart attack in May, and was replaced by Bob Swift. Dressen would pass away in August.

In July, Swift was taken to the hospital to be treated for suspected food poisoning, and was replaced by Frank Skaff, who finished the season at the helm. Swift's treatment uncovered a malignant tumor of the lung, and he passed that October.

New stadiums opened in Anaheim and St. Louis, but the biggest new arrival involved the shift of the Braves from Milwaukee to Atlanta. The Braves debuted in the 'Launching Pad” that was Atlanta-Fulton County Stadium, and they played before packed houses throughout the season, drawing more than 1.5 million paying fans to cheer their team to a fifth place finish.

The Braves played a part in a weird historical footnote. Their Richmond minor league affiliate signed college pitcher George Thomas (Tom) Seaver to a contract with a reported $40,000 signing bonus. The Braves had drafted him a month before, in the January free-agent draft. The issue was that at the signing of the contract, Seaver's college (USC) had already begun its inter-collegiate schedule, and his signing was a violation of the college rule.
Commissioner William Eckert voided the contract, and fined the Braves $500. Unfortunately for Seaver, the college authorities disqualified Seaver since he had signed a professional contract, even though he never appeared in a game for any professional team.

Eckert decided that Seaver would be a free agent, and in an unprecedented move, opened a draft exclusive to Seaver. The Braves would be ineligible for this draft. Three teams expressed an interest: Cleveland, Philadelphia and the Mets. And for once, luck was on the Mets side, as the commissioner drew their name from the hat on April 3rd of that year, and the Mets quickly signed him to a Jacksonville contract. 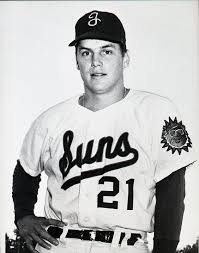 Seaver would go on to become 'The Franchise' for the Mets, and would lead them to their 1969 World Series Championship. He would win over 300 games, 198 of them for the Mets. He would also strike out over 3600 batters. He was elected to the Baseball Hall of Fame with a then all-time record of 98.8% of votes.

In that year's June draft, the Mets had the 1st overall pick, historically drafting catcher Steve Chilcott out of Antelope Valley High in Lancaster, California. Chilcott never made it to the majors, but the second round pick, Arizona State University outfielder Reggie Jackson, who was drafted by the Kansas City Athletics had a slightly more memorable baseball career.

Interestingly, with their tenth pick, the Yankees picked University of Alabama pitcher Ken Stabler, who opted for a Hall of Fame NFL career instead of baseball.

The Braves also had an historic slugging performance in 1966 as well. No, not by Hank Aaron. Nor was it by Joe Torre. Or Eddie Matthews. Not even Felipe Alou. They hit 205 homers, 5 of them by pitcher Tony Cloninger. Two of those came in the same game against the Giants, and both were Grand Slams. Cloninger was the first player to hit two Grand Slam homers in the same game, and is still the only pitcher to have accomplished that feat. 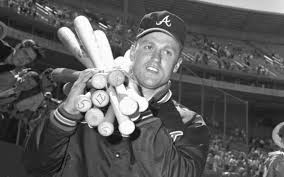 Gary Peters of the White Sox pitched a complete game shutout against the Yankees on July 30th. Not sure if this is a record or not, but Peters threw just 75 pitches in the game. 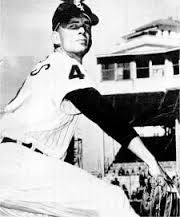 Jack Aker of the Kansas City Athletics became the first American League reliever to garner 30 saves in a season. Ted Abernathy of the Cubs did it the season before. 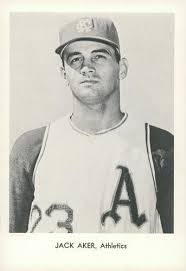 Two Players each had three inside-the-park home-runs in 1966. Rookie shortstop Sonny Jackson of the Astros, and slugger Richie Allen of the Phillies. 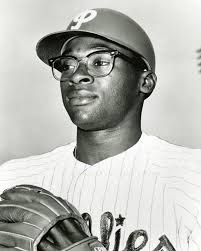 One rule change was instituted after a bizarre play involving the Mets against the Phillies. A foul pop was hit and headed over towards the Phillies dugout, and as Mets catcher Jerry Grote attempted to catch the pop-up, Phillies manager Gene Mauch grabbed at Grote's glove, making him drop the ball. Believe it or not, this was not against the rules at the time. The rules were changed during the following off-season.

One other seemingly trivial thing happened in 1966 that would come to light many years later, and that was the Players Association hiring Marvin Miller as their Executive Director. Miller, who had previously been at the United Steelworkers of America, would become a key player in the labor issues and Free Agency battles of the 1970's.

On to the season at play.

The Orioles stunned the baseball world by beating the Dodgers in the World Series in a four-game sweep. The baseball experts expected the Orioles bats to struggle against the Dodgers pitching, which they did. They batted just .200 for the Series. But the Dodgers batted only .142. The Dodgers scored just 2 runs in the first game, and were shutout in the remaining games. The last two games of the Series were both 1-0 games.

The American League pitchers were as a whole 5.7% more efficient than their national League counterparts, so lets look at the initial numbers:

And then against their team averages:

And then as they finally figure, the top 10:

Over in the National League we have these initial numbers:

Of note here as well, this was a time when there was just one Cy Young Award presented per season, across both leagues. In 1966, Sandy Koufax was the unanimous choice.

Now let's look at the hitters. We have already established the Frank Robinson won the Triple Crown and the Most Valuable Player award, but let's see how the rest of the league stacked up in '66. The National League had a 5.2% statistical advantage over the American League...

Which brings us these results:

In the MVP voting by the BBWAA, Brooks Robinson of the Orioles finished 2nd.

Over in the National League, we start with:

Now looking at their teams, we get:

I will mention this again, the reason that I like to use this particular stat is because it highlights those performers who are mired with a team that may not be as good as the upper echelon teams, and it brings those performances to light. It might make one look at those players in a different light. As in the examples above, Jimmy Wynn's Astros scored the third fewest runs in the league, so Wynn's ability to create runs was that much better than a player from an offense rich team, if that makes sense.
The same with the pitching above. Dennis Ribant and Bob Shaw both pitched for the Mets, who finished 28 ½ games out of first place, but their performances may have gone unnoticed. Ribant and Shaw combined for 22 of the Mets 66 wins, or 1/3rd of those wins

Anyway, back to the analysis at hand. Our top National League hitters were then ranked as such:

Now, My top player and pitcher for each league would be voted this way: 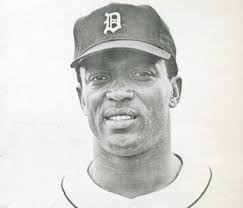 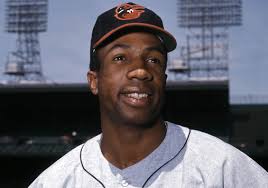 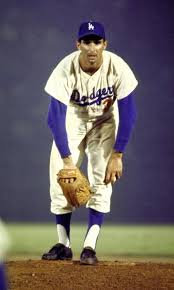 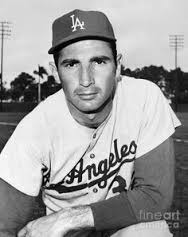 Posted by Baseball Mike at 3:15 AM