News comes today of the passing of the legendary Joe Garagiola, at ninety years old. 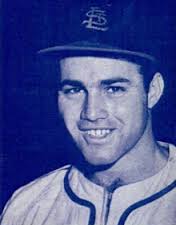 He was a winner of the Ford Frick Award for Broadcasters, presented by the Baseball Hall of Fame, a winner of the Buck O'Neill Lifetime Achievement Award, an anchor on NBC's The Today Show, and hosted a variety of other television and radio programs.

First and foremost, he was a baseball player. A catcher from the Italian neighborhood in St.Louis known as 'The Hill", where he beat boyhood friend Yogi Berra to a professional baseball contract, signing with his hometown team, the St. Louis Cardinals. He played nine years in the major leagues, playing for four of the eight teams in the league. His self-deprecating humor served him well, as he transitioned from an on-field player to covering the Cardinals on the radio. 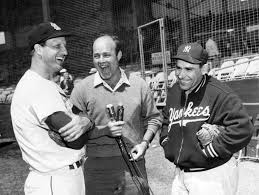 If you are of a certain age, you are most familiar with Joe, and his broadcast partner Tony Kubek, from their long collaboration on NBC's Game of the Week.

While doing The Tonight Show, he hosted the only live appearance of ANY of the Beatles on that program, while they were still a group. 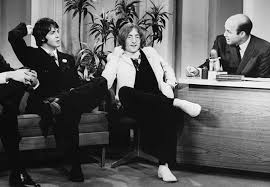 He also appeared on, as well as hosted, many different television game shows, too numerous to mention here.