Off the field, the nation was in turmoil, an unpopular military action, an unpopular election, and a cultural revolution was taking place. But rather than get too political, let's just keep this long winded article on the diamond, shall we?
Offense pretty much disappeared in 1968. Batting averages plummeted. Carl Yastrzemski, a year after his Triple Crown season, led the American League by hitting a robust .301. (The record for the lowest average to win a title). The league as a whole hit just .230, the lowest in history. Denny McLain of the Detroit Tigers became the fist 30 game winner since 1934. (And a number not reached since)
The National League fared a little better, batting .243. While it wasn't the least productive offensive season in league history, it did produce an incredible pitching performance.
'The Year of the Pitcher' was deemed as such not because of Denny McLain, but rather because of Bob Gibson. The former Wichita State Shocker was as fierce a competitor as ever played the game, and he led the NL with a microscopic 1.12 Earned Run Average. In layman's terms, he allowed a little more than 1 run per every 9 innings pitched. Extrapolated over a full seasons worth of games (in his era, this means 300+ innings pitched,  30+ starts, 15+ complete games, and an ungodly amount of pitches thrown).
In 1968, Mr. Gibson started in 34 games, pitching 302 and 2/3 innings. He completed 28 games, pitched 13 shutouts and won 20 games. He walked 62 and struck out 268.He also lost 9 games.
This was a different game than is played today. Let's look closer at the statistics I just mentioned. He gave up 1 run per game, and lost 9 times. He completed 28 games, in 34 starts. he won 20. He lost 9. He had the rarely seen anymore stat known as a complete game loss.  And he had a few of them.
Even more amazing is that Gibson went almost a month between wins, losing four straight games. He got the victory against Tom Seaver and the Mets on May 6th, and didn't win again until a 6-3 victory over Al Jackson and those same Mets on June 2nd. He lost 5 of his first 8 decisions.
The Cardinals, who hit for a .249 average, got Gibson and the rest of the staff enough runs to help them repeat as the National League Champions, where they faced the Detroit Tigers in the World Series.
The 1968 Tigers were led by their pitching, the aforementioned McLain and his 31 victories was the staff ace. Mickey Lolich, Earl Wilson , Joe Sparma and John Hiller all pitched in to be responsible for 80 of the Tigers' 103 wins. Their offense, led by often overlooked Bill Freehan, placed 3 hitters in the top 10 in MVP voting. The Tigers bested the Cardinals in the 1968 Series in 7 games. a Series that had its share of impressive and historic pitching performances.
The leagues had decided to expand the following season, adding two teams to each league, and instituting the first year of divisional play, and a League Championship Series. Adding teams in (), and the Pacific Northwest (), both teams that are no longer in existence, as well as welcoming , and reacquainting themselves with , Major League Baseball was primed to remain the National Past Time. The fact that teams weren't scoring runs became an issue. Runs brings fans and ratings. Fans, and more importantly ratings, brings revenue.
The economics of baseball in the 1960's is nowhere near what it has become in the 2010's. The same can be said of all sports. But baseball could tweak the game a little bit, making a show out of lowering the pitcher's mound in 1969, and going forward. Something to boost the offense. They really didn't need to.
Call it harmonic convergence, call it a once in a lifetime, call it a cyclical anomaly, but the pitching wasn't really that much better in 1968 than people think it was. I think most of it was show, with some pitchers (not who you might think) having monster years, but also the marquee players showing their age.
The 1968 baseball landscape featured some big names, Mantle, Mays, Aaron.
Mantle, was in the twilight of his career. The legendary centerfielder for the Yankees was spending his time as a first baseman. Thirty-seven year old Willie Mays, still playing center for the Giants, was starting to decline, as he had hit .263 the year before, and .288 in 1968. He drove in just 77 runs, his lowest output to date. Aaron now 34, did hit .287, but that was 19 points below his career number. But, those performances were among the top in the National League
For all the talk about the year of the pitcher, over in , the spawning of what would become 'The Big Red Machine' was beginning.
The Reds led the National League by hitting .273. Their lineup included Johnny Bench, Pete Rose, Tony Perez, Alex Johnson, (another overlooked hitter) and Lee May.
Harmonic convergence could explain a bit of this, as the Reds only faced Bob Gibson twice in 1968, and he shut them out both times. Maybe they just beat up on the rest of the league.
No. I think it was a unique situation where the pitchers, as happens with cycles in baseball, had a few outstanding performances that set them apart from the rest.
Which pitchers you ask?

Well, here are the top overall performers in the majors:

* denotes reliever
#also played with the Giants but only using Yankee statistics.

Definitely, some heady numbers here, and we'll delve into them in a moment. But let's look at the much maligned offensive numbers. So, the offensive leaders are as follows:

Now, factoring the players against the league average, and combining the pitchers and hitters, the top in the American League were:

And in the National League:

The pitching dominated the season (sort of) and also dominated the post season awards, as Gibson and McLain were both unanimous choices for the Cy Young Award for each league, and they both were voted the Most Valuable Player for each league. McLain had a sweep, being the unanimous choice in the American League, and Gibson getting fourteen of the twenty first place votes in the National, with Pete Rose getting the remaining six.
The best performers over their team's average for 1968 are slightly different. As you can guess from looking at the Mike number and its rating, McLain didn't rank as highly as one might think he would, actually finishing third in the AL. These are the hghest performers over their team's average:

In the MVP vote, Howard finished 8th, McNally and Tiant tied, and Camilo Pascual, who went 13-12 with a 2.69 ERA for the last place Washington Senators, didn't get any votes. 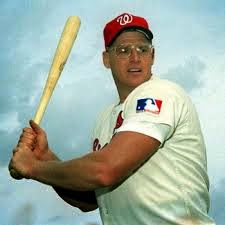 In the National League:

In the MVP vote, Gibson won, McCovey was third, Marichal fifth and Aaron was twelfth. The much maligned Dick Allen, not a popular player with the sportswriters, didn't get a single vote, despite hitting 33 homers and driving in 90 runs for the seventh place Philadelphia Phillies. 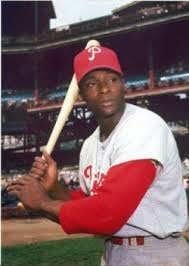 With the numbers being as close as they are, and the fact that Gibson led his team to the World Series, it can be argued that he deserved the award. I'm fine with that. However, Allen's contributions on a weaker team should be recognized.

I encourage your comments and questions...Thanks for reading!

This book is awesome, and the graphics are fantastic...coming in May...
Posted by Baseball Mike at 2:24 PM